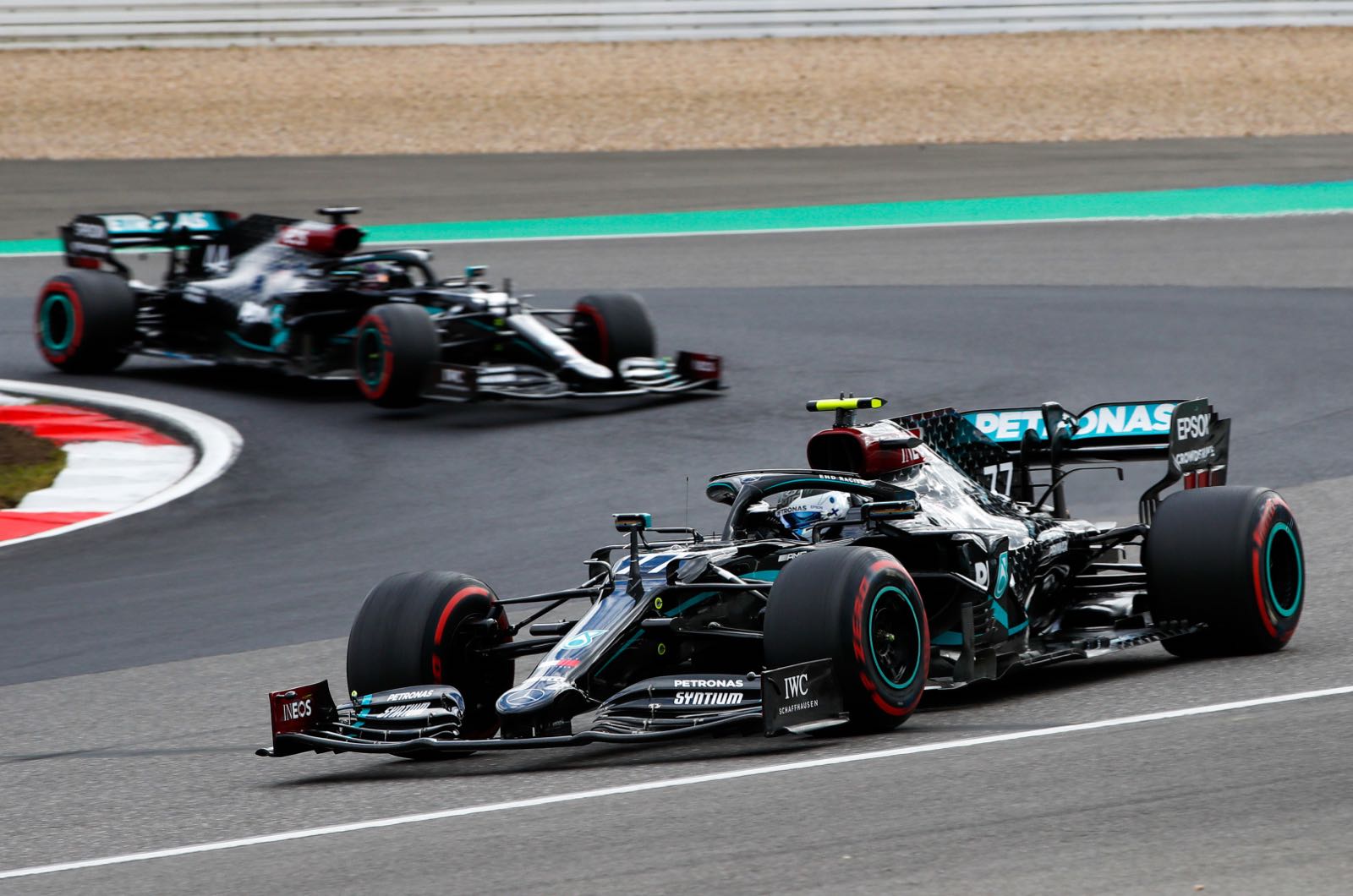 Valtteri Bottas admits he needs a "miracle" to beat his Mercedes teammate to the 2020 title.

After starting on pole, the Finn admits he was "very, very disappointed" to have suffered an engine failure at the Nurburgring.

It blows the points gap out to 69 in his inter-team battle with Lewis Hamilton.

"I couldn't believe it," Bottas said of the failure. "But as always, there's no point to give up so I will keep trying.

"I don't think the best mindset is to calculate the points to Lewis non-stop because it's quite a big gap. Definitely it would need a miracle," he added.

Team boss Toto Wolff insists Bottas is not just putting on a brave face when he says he will keep trying to close the gap.

"If anybody is resilient, it's him," Wolff said. "We had a good chat and I said sorry for the failure."

Hamilton also thinks Bottas will keep charging, with the best evidence of that being the way the 31-year-old fought aggressively in turn 1 last Sunday.

"I remember coming out of that corner thinking 'Good on you, man. I'm impressed'," said the world championship leader.

Wolff says he was never worried the pair would crash.

"They both respect each other and know the limits," he said. "We don't have to worry about that."