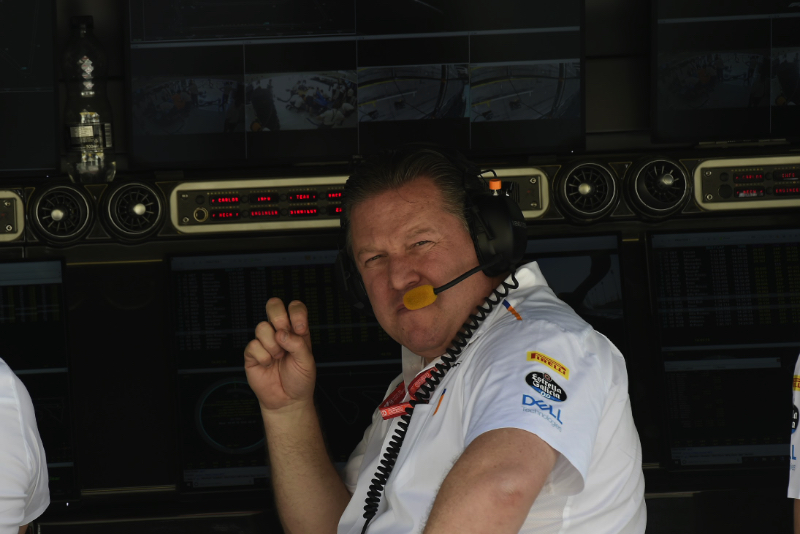 The $175 million a year budget cap for 2021 will not provide the level playing ground some F1 teams were hoping for.

That is the view of Zak Brown, the McLaren supremo who told Germany's Auto Motor und Sport that the leaked figure was "not a surprise".

"Of course there are things that I would like to be different, but it makes no sense to fight for changes that will not come. That's wasted energy," he said.

The $175 million figure, which has not been confirmed by Liberty Media or the FIA and was not specifically mentioned by Brown, excludes things including driver salaries.

"With all the exceptions, it's still a big number," said Brown.

"The most important thing is to give the fans a good show. I don't think it takes so much money to do that. So why not let the teams compete with similar budgets?"

Indeed, Renault has said that the proposed 2021 cap could actually mean the French manufacturer decides to increase rather than decrease its budget.

Brown agrees that a lower number would "make the sport less predictable".

"In the end, the best will win either way. Look at Indycar. The Penskes, Ganassis and Andrettis still win the championship, but they don't win all the races. And that's good for the sport.

"A lower budget limit would help with that," he added.

Brown seems to agree with Renault that, in 2021, McLaren will struggle to get close to the $175 million cap.

"First, we need to improve ourselves in every discipline. Then we have to see if we can invest as much money as the others under the budget cap," he said.

"The top teams will not have hundreds of people and hundreds of millions of dollars more than us, but there will not be an overnight change in 2021. But it could be the beginning of the teams aligning," added Brown.

In fact, Brown says the $175 million figure is "no problem" for McLaren to adjust to.

In contrast, he predicts that "a team like Mercedes will need to get rid of a few hundred people. That will cause concern," said Brown.

"I hope they can distribute their people to other projects because it's never nice to fire people."

F1 CEO Chase Carey says he expected there would be criticism of the eventual budget cap number.

"In principle we have agreement, but realistically, someone is always unhappy. Our maxim is that it must be good for the sport," he told Servus TV.

"We have to reconcile the wishes of the big and the small, the independent and the manufacturer teams," Carey added.

"There will probably never be a convergence, but instead ten opinions from ten teams. But everyone should acknowledge that it is the best possible solution."