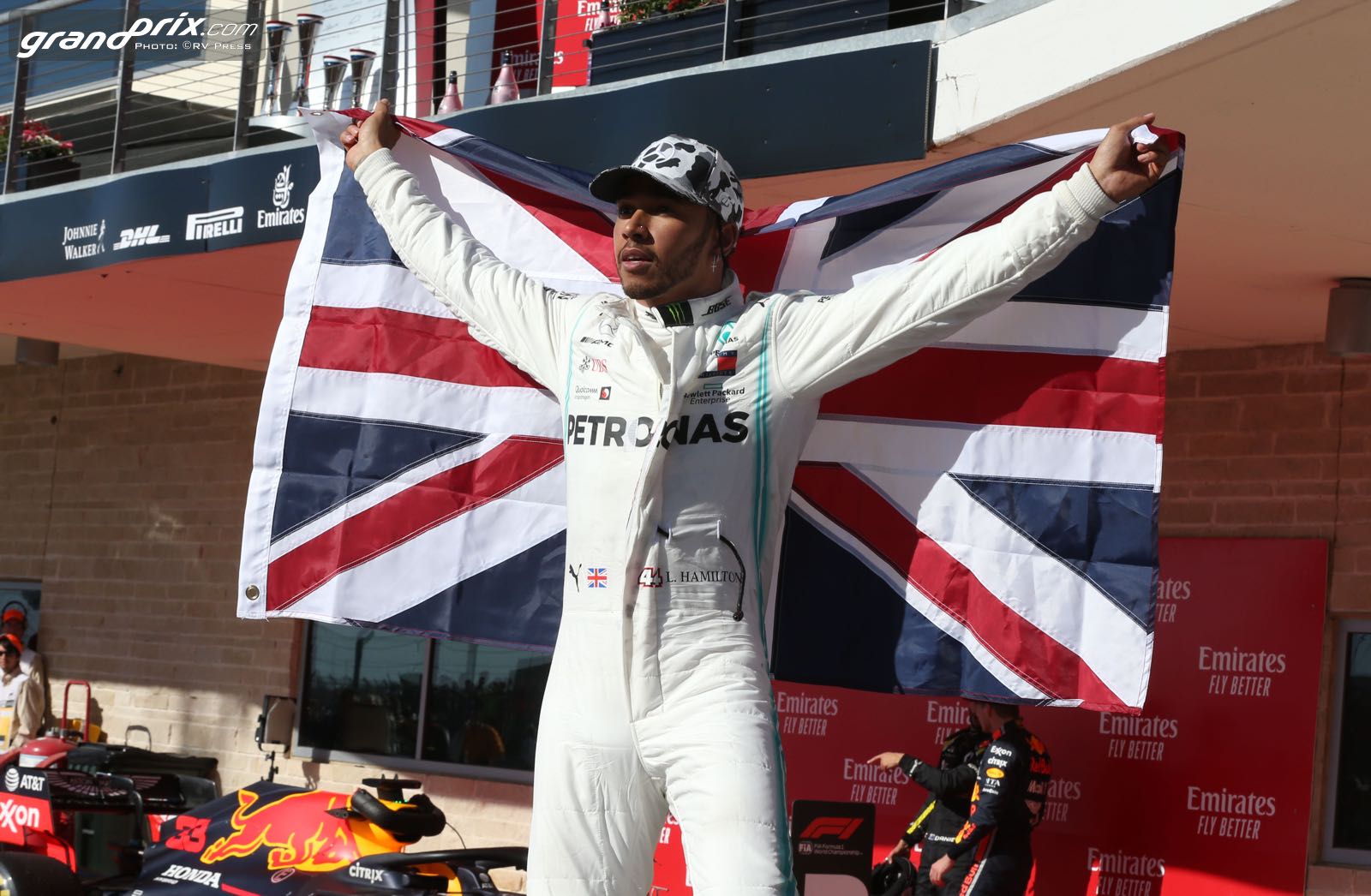 Valtteri Bottas won the United States Grand Prix from the pole. His Mercedes teammate Lewis Hamilton, meanwhile, started fifth and finished second to clinch his sixth FIA Formula 1 world drivers' championship. Afterwards Hamilton described his challenging weekend that was topped off with his sixth world crown as "overwhelming." This is how their victories unfolded.

Bottas earned his fifth pole of the season and the 11th of his career of 139 F1 races entered.

The battle for pole was mighty close as Bottas pipped Ferrari driver Sebastian Vettel by a mere 0.012 seconds.

This was the 100th front row start for Vettel out of the 240 F1 races he has entered.

Next on the grid were Max Verstappen (Red Bull) and Charles Leclerc (Ferrari).

"This must be one of the worst qualifying sessions I've had in a long time," Hamilton said after qualifying fifth. "Clearly the car had the capability to be on the front row, I just couldn't put the lap together."

Bottas jumped into the lead when the red lights went out to start the 56-lap race. Verstappen was second ahead of

"Something broke," Vettel radioed as he parked his Ferrari, right rear suspension askew, at Turn 8 on lap seven.

The difficult dilemma for the drivers and their engineers was whether to pit once or twice for tires.

"It was not an easy race," Bottas said. "I had a good start, the first stint went as planned, and for me the Plan A was to do one stop. But Max pitted quite early, moved to two stops. I had to try and cover him, so I went for two stops as well."

Verstappen pitted after 13 laps to switch from Pirelli's medium compound to the hard compound slicks. Bottas did the same a lap later.

Hamilton stayed out and led laps 15 to 24 before making what would be his single pit stop for the hards.

"Lewis stayed out long and try to do it with one stop," Bottas said. "At one point I was actually worried his strategy was going to be a better one but all I could do was focus my every single lap, single corner, trying to perfect everything, trying to minimize the losses and maximize all the possible gains and then it was all about seeing where we would be at the end of the race."

Bottas was back in front on lap 24 until he made his second stop after lap 35.

In the lead again, Hamilton kept going, hoping to make a one stop strategy work.

"Has anyone else made these tires last as long?" he asked his engineer.

Bottas, on his fresher tires, hunted down his teammate and passed him on lap 52.

"I had good momentum out of exit of 11, got the tow and got him," Bottas said. "So, then, after that, it felt like job done and tried to get car home without mistakes."

Hamilton held onto second place, but it was close as he beat Verstappen by just 0.854 of a second.

"There was a yellow flag (on the last lap) on the back straight, so I couldn't use the DRS," Verstappen said after finishing third. "Otherwise, I think we could have been second today, but nevertheless still good to be on the podium."

"It's just overwhelming if I'm really honest," Hamilton said after climbing out of his Mercedes at the end of the race. "It was such a tough race today. Yesterday was a really difficult day for us and Valtteri did a fantastic job so a huge congratulations to him. Today I really just wanted to recover and deliver the one-two for the team and I didn't think the one stop would be possible but I worked a hard as I could. I feel so much emotion, it's an honor to be up there with those greats."