Qualifying Report - Guess who is on pole 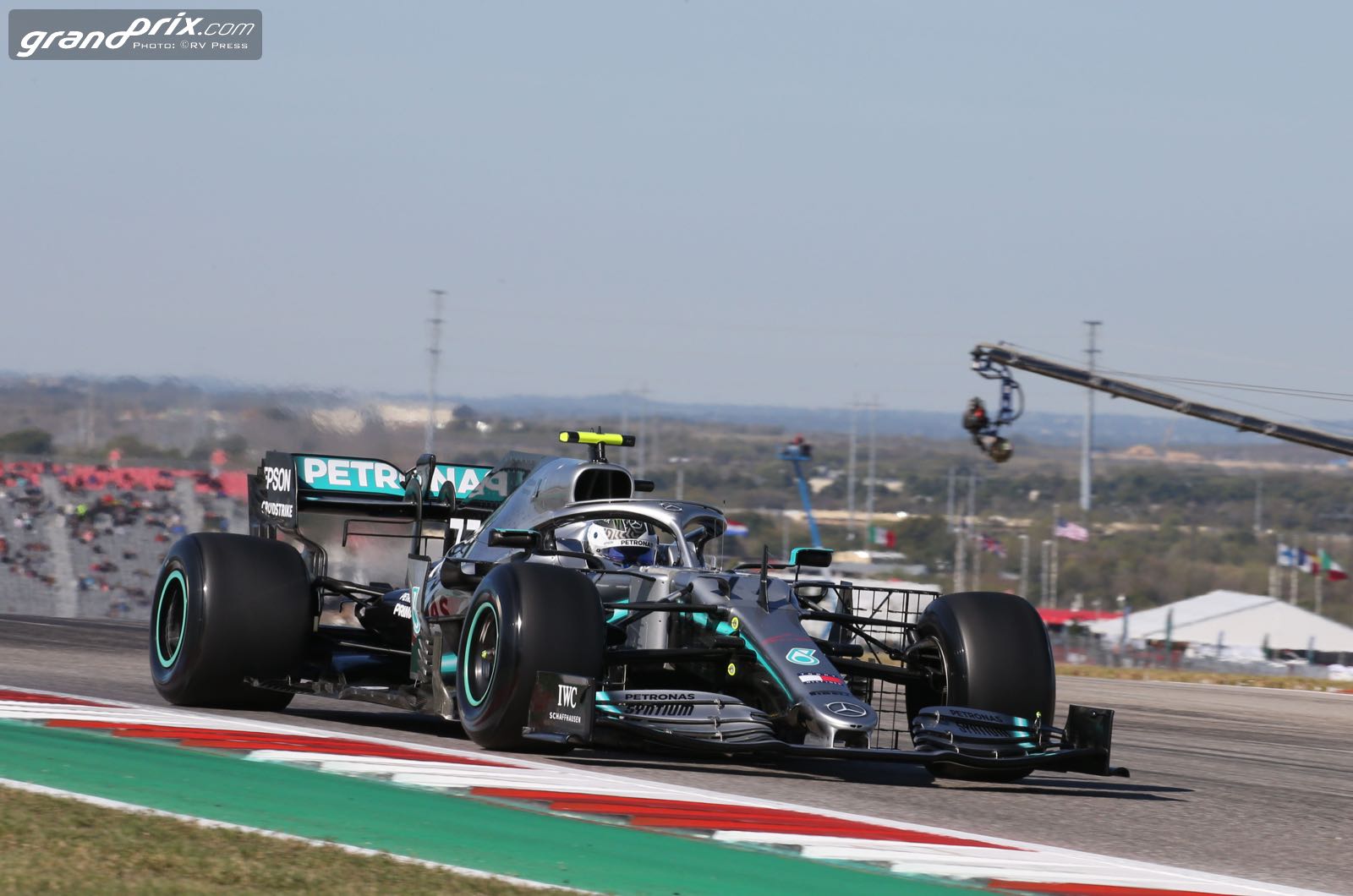 "Guess who is on pole?" Valtteri Bottas' engineer asked him as qualifying for the United States Grand Prix came to an end. Bottas didn't have to guess – he was the pole winner. Bottas clocked his fastest lap on his first run in Q3, and nobody could beat it on their second runs.

"It was a nice lap at the beginning of Q3," Bottas said. "To get that sort of lap at a place like this... the last one was [just] less grip overall. I'm glad no one could improve, happy days!

No matter where he qualified, Perez would start from pitlane – the result of a penalty for missing the weighbridge in FP2.

There were also question marks hovering over Leclerc whose Ferrari had an engine problem in FP3. The mechanics had to fit an older spec engine in the car for qualifying.

A number of drivers had had their lap times deleted after they exceeded the track limits at Turn 19 in the free practice sessions. No doubt they would be more cautious in the crucial qualifying sessions.

After 13 minutes the driver on the 15th place cutoff line was Grosjean. Kvyat was 14th and Raikkonen was 16th. And they remained in those positions as Q1 went into its final minute.

Hamilton, Verstappen, Bottas, Vettel, Sainz and Albon, the top six, did not go back out. But all the rest did except Perez.

Norris grabbed the lead! Gasly jumped to fourth and Magnussen to seventh.

The five drivers who were eliminated at the end of Q1 were: Giovinazzi, Raikkonen, Russell, Perez and Kubica.

Hamilton, Bottas, Vettel and Leclerc headed out on the medium compound Pirelli slicks. If they used that compound to clock their best Q2 time then they could use the same compound at the start of the race.

Sitting on the bubble with five minutes remaining was Magnussen. Norris, meanwhile, was ninth and Kvyat was 11th. And now all 15 drivers were in their garages.

Some of the drivers who had been on mediums now fitted softs and headed out just in case the times they set on the mediums would be in jeopardy. All but Albon were on track in the final minute.

Leclerc took the top spot with a 1:32.760. Next came Vettel. Both had used fresh sets of mediums.

The five drivers who were eliminated at the end of Q2 were: Hulkenberg, Magnussen, Kvyat, Stroll and Grosjean.

The fastest 10 drivers who moved on to Q3 were: Leclerc, Vettel, Albon, Hamilton, Verstappen, Bottas, Norris, Sainz, Ricciardo and Gasly. The top six had used the medium Pirellis while the next four had been on the soft slicks.

So, first runs completed, the order was Bottas, Vettel, Verstappen, Leclerc, Hamilton, Albon, Sainz, Norris, Gasly and Ricciardo. While the top nine were back in the pits, Ricciardo headed out for the first time in Q3. But others soon joined him. And soon all 10 were lapping.

None of the top eight improved their positions on their second runs. Ricciardo grabbed ninth and Gasly rounded out the top 10.