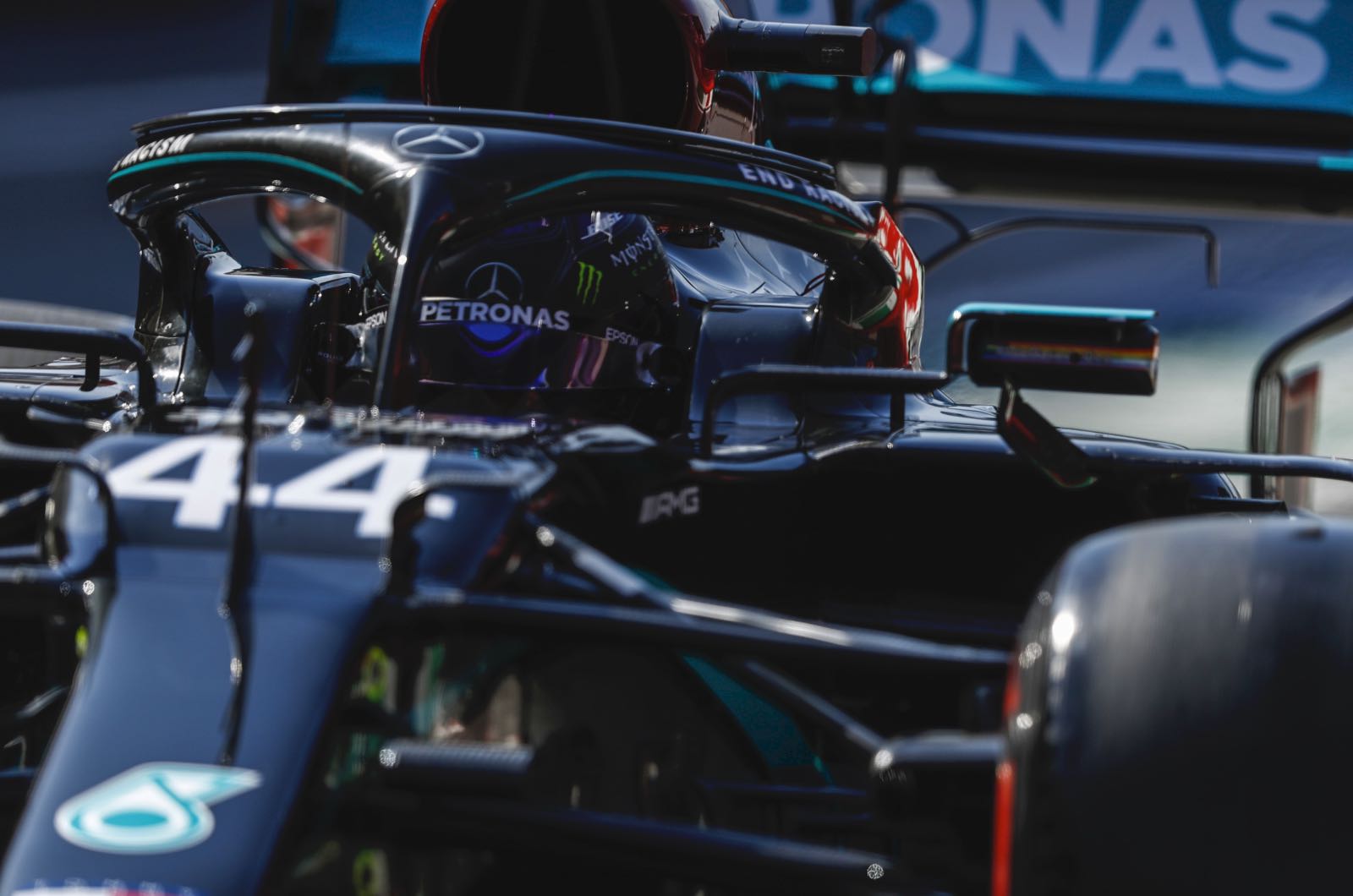 It has been a really tough weekend, it is a really tough track,” Lewis Hamilton said after grabbing the pole by just 0.059 of a second over Mercedes teammate Valtteri Bottas in qualifying for the Tuscan Grand Prix.

Bottas, who had been quickest in FP1 and FP2, did it again in FP3 with a time of 1:16.530, which was a mere 0.017 of a second quicker than Verstappen. Hamilton, third, was just 0.083 of a second adrift. It was the first time in Bottas’ career that he had topped all three free practice sessions.

Latifi and Russell were the first out on track.

Ten minutes in, Verstappen had slotted into third ahead of Stroll, Perez and Albon.

When there were three minutes remaining in Q1, Norris was 15th and on the cutoff line. Vettel was 14th and Gasly, last week’s race winner, was 16th.

And now many of the drivers headed back out for their final Q1 runs. In fact, only Bottas, Verstappen and Stroll stayed in the pits.

The five drivers who were eliminated at the end of Q1 were: Gasly, Giovinazzi, Russell, Latifi and Magnussen.

Tenth and on the bubble with minutes to go was, and was ninth while was 11th.

As the cars filed out, it was soon apparent that none of them was fitted with the medium compound Pirelli tires. Softs were the only pick.

Rounding out the top eight after the first runs were: Albon, Ricciardo, Stroll, Leclerc and Ocon.

Meanwhile, Norris was 10th and on the bubble with five minutes remaining, while Perez was ninth and Kvyat was 11th.

With three minutes remaining, all the drivers except the top five were on track.

And when it was all over, the five drivers who were eliminated at the end of Q2 were: Norris (for the first time this season), Kvyat, Raikkonen, Vettel and Grosjean.

The fastest 10 drivers who moved on to Q3 were: Hamilton, Bottas, Verstappen, Albon, Ricciardo, Stroll, Ocon, Leclerc, Perez and Sainz.

With the overtaking opportunities very limited around the Mugello circuit, qualifying well in the top 10 would be crucial.

Q3 lasted 12 minutes. Stroll and Sainz were the first out.

Albon, Perez, Stroll, Ricciardo, Leclerc, Sainz and Ocon rounded out the top 10 after the first runs.

And now, with three minutes remaining, they headed back out for one last run.

Ocon stopped out on track, which brought out the yellow flags, and that stopped most of the drivers from improving their times.

And, so when it was all over, the top 10 qualifiers were: Hamilton, Bottas, Verstappen, Albon, Leclerc, Perez, Stroll, Ricciardo, Sainz and Ocon.