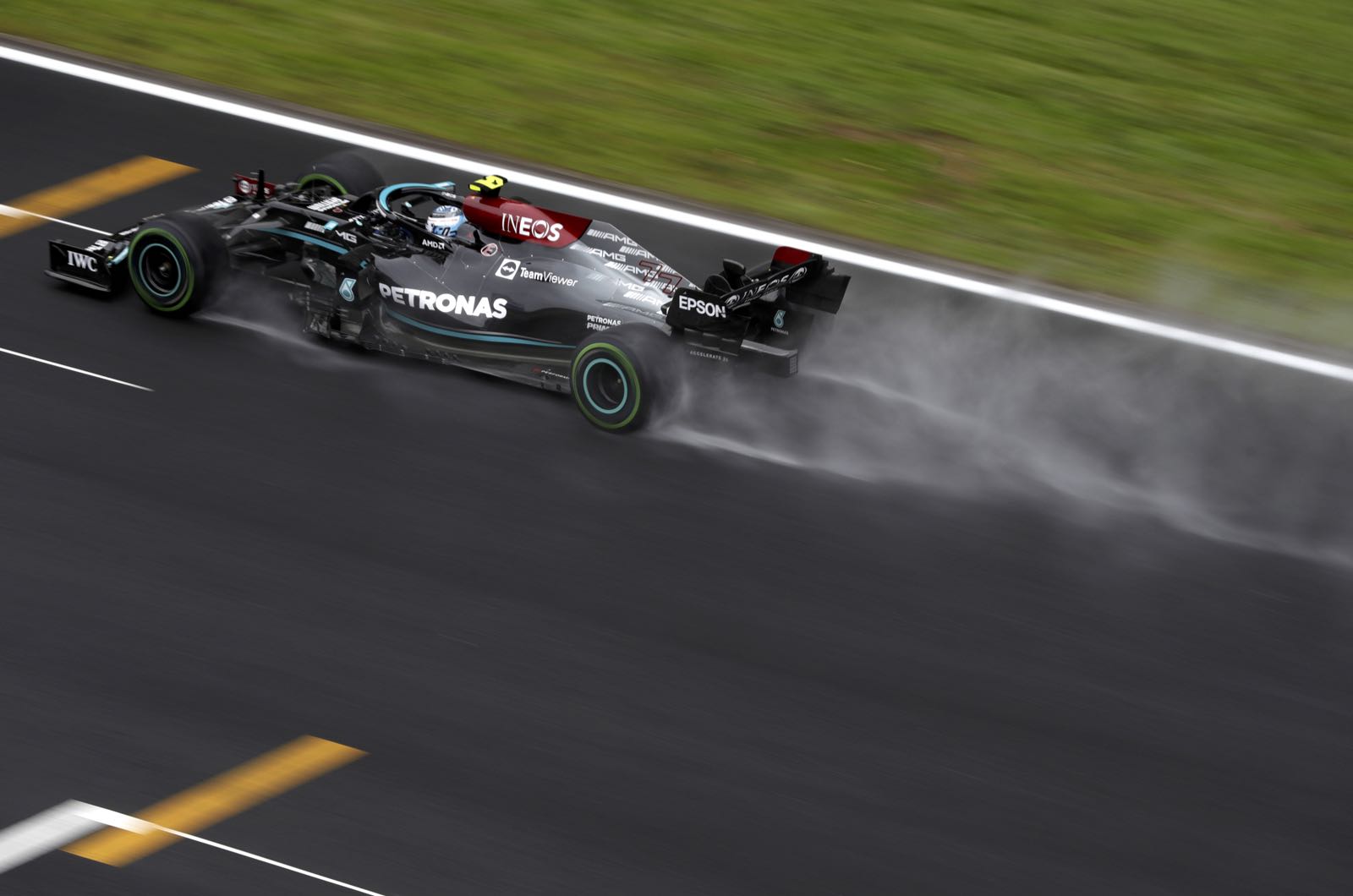 Valtteri Bottas won a slick Turkish Grand Prix today in his Mercedes GP, 14.584 seconds ahead of Max Verstappen in his Red Bull-Honda in second place and his team mate Sergio Perez, 33.471 seconds behind the winner in third place.

The win in Bottas tenth career victory, and his first win since Russia in 2020.

Charles Leclerc (37.814s) in the Ferrari finished in fourth, followed by Lewis Hamilton in the second Mercedes in fifth, Pierre Gasly (44.292s) in the AlphaTauri-Honda was sixth, Lando Norris (47.213s) in the McLaren-Mercedes was seventh, Carlos Sainz (51.526s) in the second Ferrari was eighth, Lance Stroll (1m22.018s) in the Aston Martin-Mercedes was ninth and Estabon Ocon (1 lap), the only driver to run a no-stopper in his Alpine-Renault finished with the final point for tenth place.

Before the start with Hamilton’s engine penalty he starts 11th. Bottas on the front row with Verstappen alongside, Leclerc and Gasly on row 2, Alonso and Perez on row 3, Norris and Stroll on row 4 and Tsunoda and Vettel rounding out the top ten.

It has been drizzling with a wet track surface on the grid before the start. All drivers will start on intermediate wet weather tyres.

At the appointed time, the field comes around, the lights go out and the race starts with Bottas takes the lead over Verstappen and Leclerc - Gasly touches Alonso and he spins and falls to 17th. Hamilton runs tenth.

Hamilton passes Vettel for ninth and preses Tsunoda for eighth.

On lap 8 Hamilton passes Tsunoda around the outside for eighth place.

On lap 14 Sainz passes Vettel for tenth, and the two touch.

Hamilton passes Gasly for fifth, and chases after Perez 6-seconds ahead on the track.

Hamilton is complaining that his tyres are getting worn.

On lap 22 Ricciardo pits for another set of intermediates and rejoins in 18th.

Ocon is pressing Vettel for tenth.

Alonso pits for tyres and serves his 5-second penalty and rejoins in 18th.

Bottas is complaining about his rear tyres.

On lap 34 Hamilton and Perez battling for fourth place.

On lap 38 Bottas pits from the lead and rejoins in second. The next lap Perez pits for intermediates as well.

Vettel is struggling on his slick tyres and reposts to the team that it is not working. Vettel pits again for intermediates.

On lap 40 Gasly pits for intermediates and rejoins sixth, Stroll pits as well and rejoins tenth.

Ferrari tells Leclerc that they think the tyres can last until the end of the race without pitting.

Mercedes prepares to pit Hamilton and calls him in - Hamilton says “why?”, and says that he thinks they should try to stay out.

Bottas closes to under one-second behind Leclerc.

On lap 46 Bottas passes Leclerc for the lead.

On lap 48 Leclerc pits from second for new intermediates and rejoins in fourth.

Mercedes asks Hamilton how his tyres are and he reports, “It is sliding around, but it is okay”.

On lap 51 Hamilton pits for new intermediates and rejoins behind Perez in fifth.

Hamilton trails Leclerc by a second, but his tyres are having trouble coming in, and Hamilton questions why they changed tyres.

Gasly is one-second behind Hamilton.

Bottas wins over Verstappen and Perez.