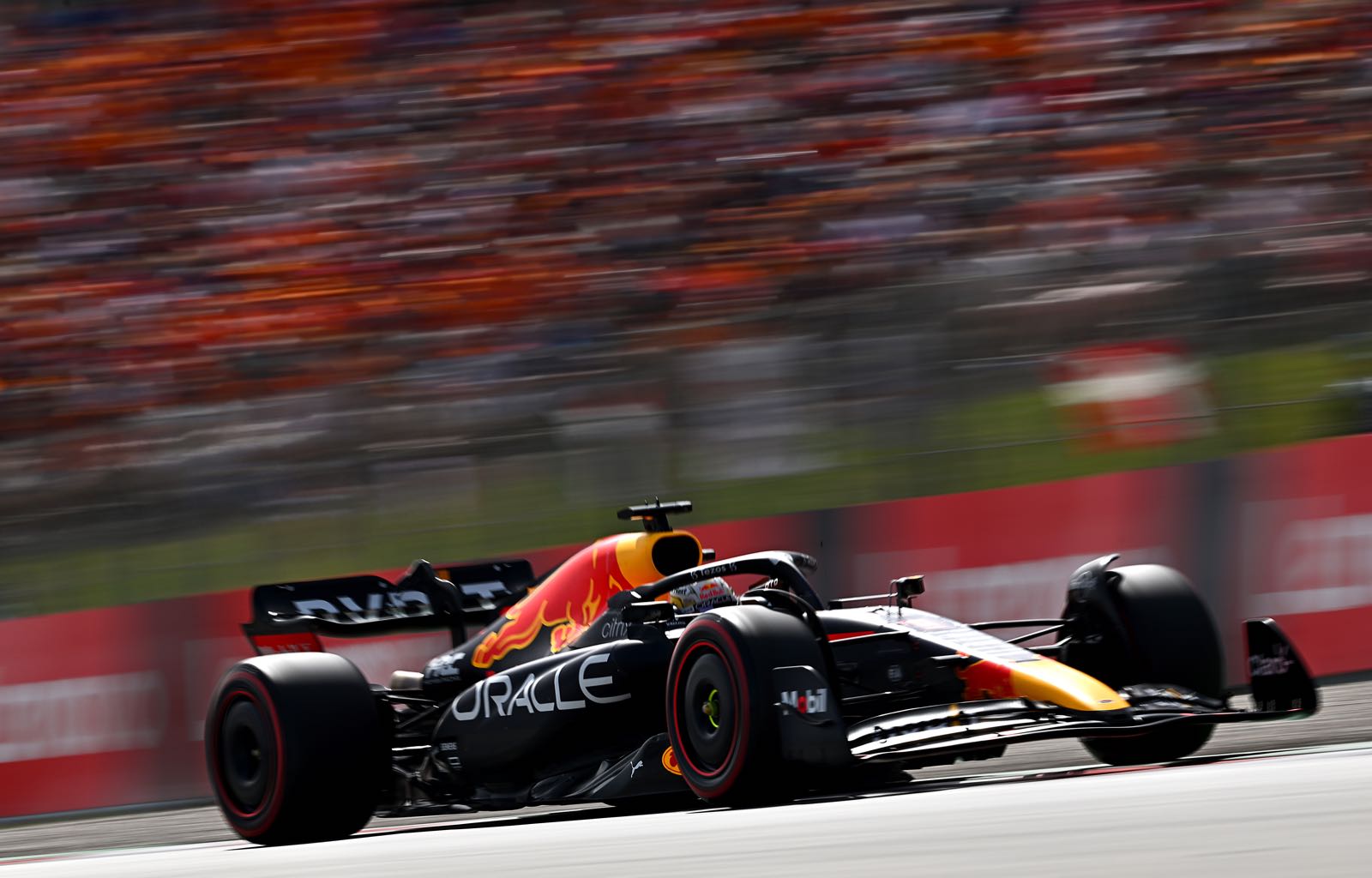 Max Verstappen won the Spanish Grand Prix in his Red Bull, after early leader Charles Leclerc dropped out of the race at half distance.

Sergio Perez in the second Red Bull finishes second, 13.072 seconds behind, George Russell in the Mercedes GP finishes third, 32.927 seconds behind the winner.

Verstappen wins his fourth race of the 2022 season, and 24th career win.

Verstappen now leads the Drivers Championship with 110 points, passing Leclerc with 104 points, and Perez with 85 points.

Red Bull leads the Constructors Championship with 195 points over Ferrari with 169 points and Mercedes with 120 points.

Carlos Sainz (45.208s) in the Ferrari was fourth, followed by Hamilton (54.534s) in the second Mercedes was fifth, Valtteri Bottas (59.976s) in the Alfa Romeo-Ferrari was sixth, Esteban Ocon (1m15.397s) in the Alpine-Renault was seventh, Lando Norris (1m23.235s) in the McLaren-Mercedes was eighth, Fernando Alonso (1 lap) in the second Alpine was ninth and Yuki Tsunoda in the AlphaTauri-Red Bull took the final point in tenth.

Before the start, the temperatures are high and there is concern that the tyres will hold up. The quickest strategy is projected to be medium, medium, soft.

Leclerc is on pole with Verstappen alongside on the front row, Sainz an Russell on row two, Perez and Hamilton on row three, Bottas and Magnussen on row four and Ricciardo and Schumacher round out the top ten.

19 drivers starting on soft tyres, the only exception is Hamilton starting on medium tyres.

At the appointed time the field comes around, the lights go out and the race begins with Leclerc into the lead over Verstappen, Russel, Perez, Sainz and Schumacher.

Magnussen tries to go on the outside of Hamilton and touches and goes off through the gravel. Hamilton appears to have some damage and pits.

Sainz spins and goes into the gravel at turn 4, but gets back on track in 11th.

On lap 9 Verstappen makes an almost identical move as Sainz, and goes through the gravel, and gets going in fourth place.

Perez lets Verstappen past into third.

Mercedes warns Russell that he is starting to overheat.

Red Bull reports to Verstappen that his DRS flap did not open the last lap.

On lap 14 Russell, Verstappen and Ocon pit for medium tyres.

Verstappen is within a second of Russell, but his DRS does not open on the main straight.

On lap 17 Perez pits from second and changes to medium tyres and rejoins in fourth.

Verstappen is struggling to make a pass of Russell, with his DRS working intermittently.

Leclerc pits and changes to medium tyres and rejoins 6 seconds in the lead.

On lap 23 Hamilton pits for another set of medium tyres and rejoins in 19th,

On lap 24 Verstappen tries to pass Russell into the first corner and the two battle but Russell keeps the position.

Perez is catching up to Verstappen - will Red Bull give a chance for Perez to challenge Russell?

On lap 27 Leclerc slows with power issues, and pits and retires.

Russell is now in the lead with Verstappen and Perez close behind.

On lap 29 Verstappen pits and switches to soft tyres.

On lap 31 Perez passes Russell for the lead into the first corner.

Verstappen passes Bottas around the outside for third place.

Norris pits for soft tyres and rejoins in ninth.

On lap 35 Bottas pits for more medium tyres and rejoins in fifth.

Ocon pits for medium tyres and rejoins in seventh.

On lap 37 Russell pits from second for another set of medium tyres and rejoins in third.

On lap 38 Perez pits for another set of medium tyres and rejoins in second ahead of Russell.

Sainz is catching Bottas in fourth.

On lap 43 Vettel pits for medium tyres and rejoins 14th.

On lap 44 Verstappen pits from the lead and changes to medium tyres and rejoins in second, 5 seconds behind Perez.

The next lap Sainz pits for medium tyres and rejoins in seventh.

Red Bull tells Perez that Verstappen is closing and is on a different strategy, Perez replies “that is unfair, but okay”.

On lap 49 Verstappen passes Perez to take the lead.

Russell pits for soft tyres and rejoins still in fourth

Sainz in right on the tail of Bottas in fourth place - Hamilton right behind them.

Sainz and Hamilton both pass Bottas.

Hamilton, who has been running faster than Sainz is only half a second behind the Ferrari.

On lap 60 Hamilton passes Sainz for fourth place in DRS into turn 1.

At Tao 65 Mercedes warns Hamilton that he has a water leak and is overheating, and need to back off to finish the race.

Verstappen wins from Perez and Russell.