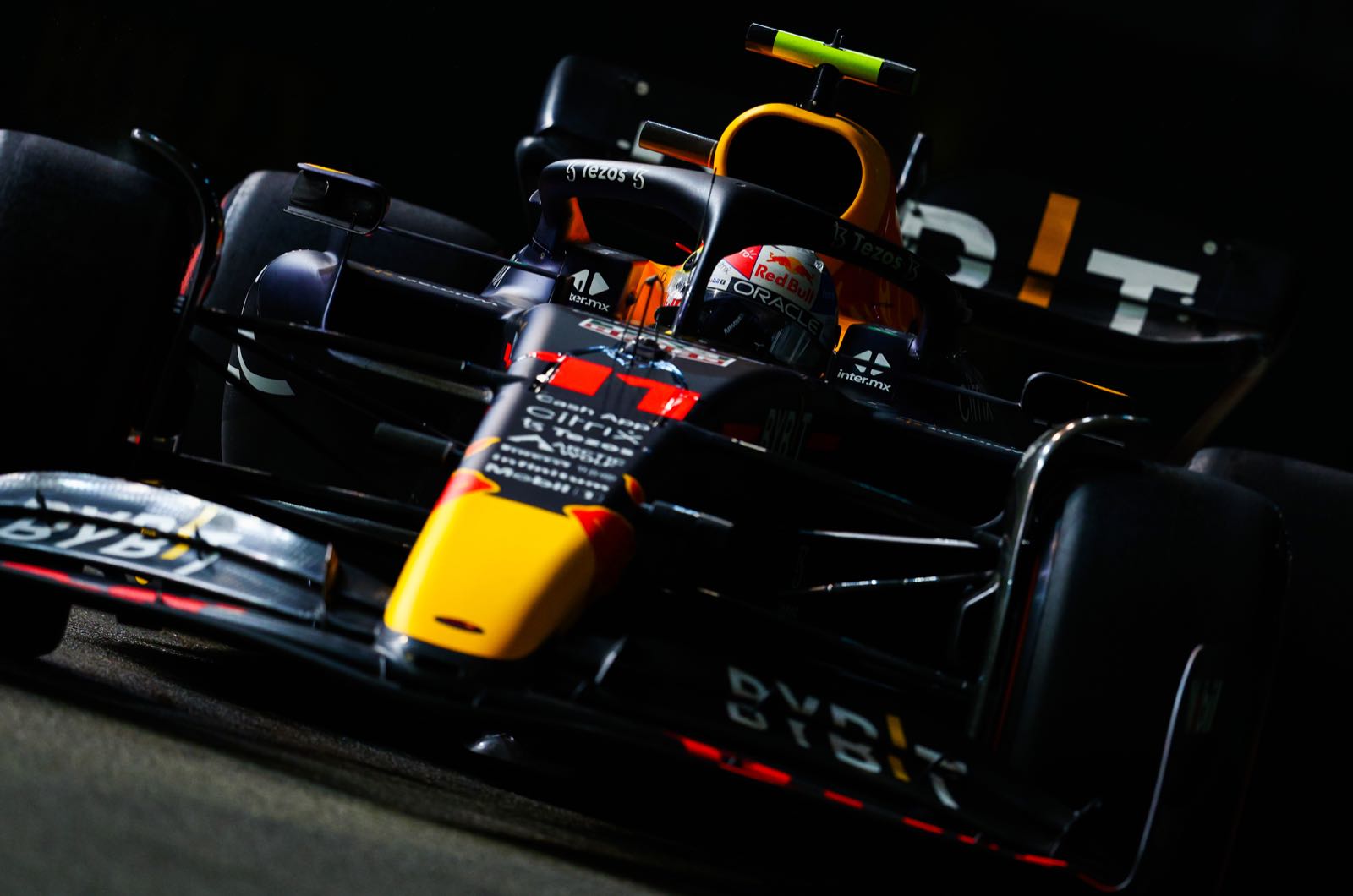 Sergio Perez won the Singapore Grand Prix in his Red Bull. Charles Leclerc in the Ferrari finished second, 7.595 seconds behind the winner. Carlos Sainz in the second Ferrari was third, 15.305 seconds behind.

The officials said they will investigate a two potential safety car infringements for Perez after the race, which could penalise him as much as 10 seconds.

The win is Perez’s second of the season and fourth of his career.

Leclerc sits on pole with Perez alongside on the front row, Hamilton and Sainz are on the second row, Alonso and Norris on the third row, Gasly and Verstappen on the fourth row, and Magnussen and Tsunoda rounding out the top ten positions. Russell will start from the pitlane.

Two hours before the start the skies opened with rain, and the opening of the pitlane was delayed by half an hour. With the darkness it is not expected that the water will dry quickly, and we are looking at a damp race. After the half hour delay it was still raining, and the officials said they would give an update shortly.

At 7:55p local time the officials announced that the pitlane will open in 30 minutes, and the race is scheduled to start one hour later than the original time.

As the start time approaches the track was drying, and the temperature has dropped.

At 9:05p local tine the field was off on the formation lap with the cars on intermediate wet tyres.

The lights went out and the race began with Leclerc got a slow start, Perez took the lead, Sainz and Hamilton battle and Sainz takes third. Verstappen drops to 12th. Albon spins and continues.

Hamilton is on the radio saying he has no grip.

Norris tells the team that it is not drying out very quickly.

Magnussen is given the black and orange flag for wing damage and will need to come in.

Zhou and Latifi make contact and Zhou is stranded on the side of the track.

Magnussen pits and takes a new front wing and changes intermediate tyres. The safety car is out. Latifi pits and retires with suspension damage.

At the end of lap 10 the safety car comes in and the race resumes with Perez still leading. Verstappen is pressuring Vettel and passes him for eighth, and then passes Gasly for seventh.

Alonso is chasing Norris for fifth.

Verstappen is closing on Alonso.

Norris reports that the tyres are getting more slippy.

Verstappen reports to the team that it is still too wet to go to slicks.

Teams are questioning if the circuit is dry enough to change to slick tyres.

Alonso pulls off the track with an engine problem, the virtual safety car is out.

The race will be a timed race, ending at the 2 hour mark.

Red Bull tells Verstappen that Russell has taken dry tyres, and Verstappen responds back, "that is brave to the moment”.

The VSC has ended and the race resumes.

Hamilton is closing on Sainz in third.

Russel is still out on dry tyres, but is running 10s slower than the intermediate runners.

Albon hits the wall and is stuck. The Virtual safety car is out. Albon is off, but his front wing is stuck in the wall. The marshals clear the wing and the VSC is finished.

On lap 28 Ocon is off the track with an engine failure, and there is a yellow flag in that corner.

The Virtual safety car is now out.

On lap 30 the VSC period is over, Hamilton chasing Sainz.

On lap 33 Hamilton brakes too late, goes off the track and touches the wall, Norris goes by. Hamilton gets going but has wing damage.

On lap 35 Leclerc pits from second an takes medium dry tyres and rejoins in third.

On lap 36 Perez pits from the lead and switches to medium tyres, and rejoins still in the lead.

Tsunoda goes into the barrier at turn 10 on his new slick tyres, the full safety car is out.

Russell pits again for another set of medium tyres and rejoins 14th. Norris and Ricciardo pit. Ricciardo and Bottas are on soft tyres.

At the end of lap 39 the Safety car pull in and the race resumes with Perez leading with Leclerc and Sainz behind. Verstappen tries to pass Norris, locks his brakes and goes off the run off and comes back on behind Hamilton in ninth. His tyres are flat spotted and he pits for new soft tyres.

Russel and Schumacher touch and Russell is running slow with a puncture.

Perez is under investigation for a restart violation.

Leclerc closing on Perez in the lead.

Perez says he is having an issue with grip.

The dry pass is now fast enough and the DRS is now enabled.

Norris is chasing Sainz for third.

Leclerc is continue to pressure Perez with 20 minutes remaining.

The officials announce that they will investigate a potential safety car infrigment for Perez after the race.

On lap 59 Hamilton brakes too late behind Vettel and Verstappen passes him for eighth.

At lap 59 Perez crosses the flag first, followed by Leclerc and Sainz.

On the final lap Verstappen passes Vettel for seventh place.