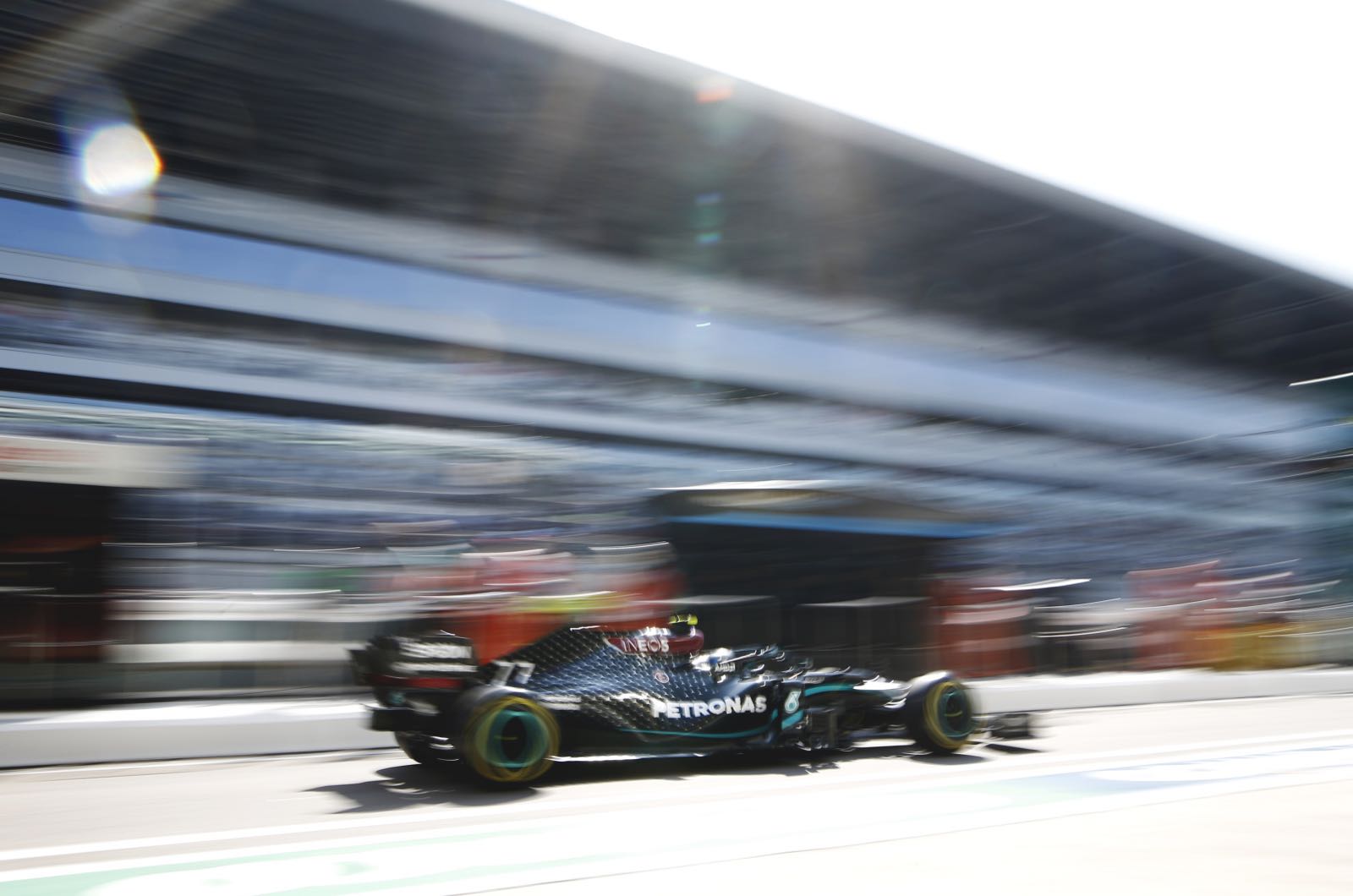 “The first win is always pretty special and you never forget it, so I’ve always had good memories from here,” he said. “Actually, since the beginning, when we started to race here, it has normally been a pretty strong place for me, even at Williams. It’s a good track!”

Latifi and Sainz both crashed in FP1 while a number of drivers had spins on the dusty 18-turn Sochi Autodrom.

So at the one-third point of FP2 the order was: Hamilton, Bottas, Ricciardo, Verstappen, Perez, Albon, Norris and Raikkonen. But the other drivers had yet to do their qually runs.

Stroll was the next to try to soft tires, and he jumped up to fifth place. Teammate Perez grabbed third. Others were now doing their red tire runs, including Vettel who moved into fourth behind Bottas, Hamilton and Perez. But then Ricciardo found third place, albeit a full second slower than Bottas.

More red runs followed. Halfway through the session the order was now: Bottas, Hamilton, Ricciardo, Norris, Perez, Verstappen, Ocon and Vettel. Then Sainz sneaked into fourth. Verstappen had a spin but didn’t hit anything.

The last third of the session was devoted to race simulations.

So the top 10 at the end of FP2 were: Bottas, Hamilton, Ricciardo, Sainz, Norris, Perez, Verstappen, Leclerc, Ocon and Vettel.