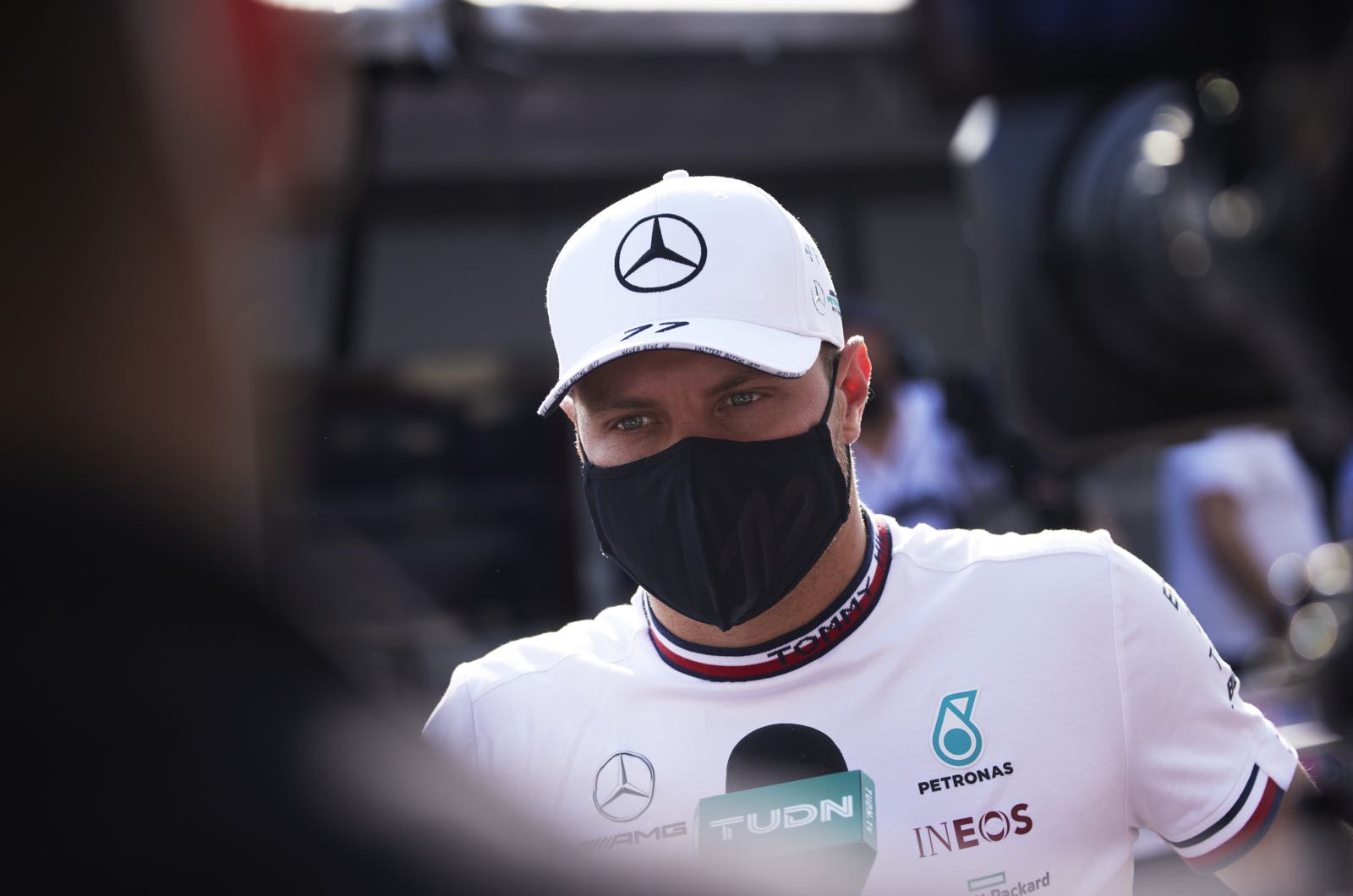 The Mercedes team got its first front row lockout of the season with Valtteri Bottas taking the pole in Mexico and Lewis Hamilton lining up alongside him.

Tsunoda, Stroll, Norris, Ocon and Russell would all have to take grid penalties for various power unit and gearbox changes.

First out on track was Latifi. Many drivers stayed in the pits, waiting for others to go out and clean the track.

Seven minutes into the session the red flags came out after Stroll crashed coming out of the final turn.

After 26 minutes to clean up the debris and repair the barriers the session was restarted. Tsunoda and Gasly were at the head of the queue at the end of pitlane.

When there were five minutes remaining in Q1, Schumacher was 15th and on the cutoff line. Latifi was 14th and Mazepin was 16th.

Bottas improved to second and Hamilton to third, pushing Perez to fourth. Leclerc grabbed first in the final moments only to be beaten by Bottas as the track evolved.

The five drivers who were eliminated at the end of Q1 were: Alonso, Latifi, Schumacher, Mazepin and Stroll.

Tsunoda, on the soft compound tires, jumped to third ahead of Bottas and Leclerc.

Tenth and on the bubble with five minutes to go was Norris, and Gasly was ninth while Raikkonen was 11th.

The five drivers who were eliminated at the end of Q2 were: Vettel, Raikkonen, Russell, Giovinazzi and Ocon.

The fastest 10 drivers who moved on to Q3 were: Hamilton, Verstappen, Tsunoda, Bottas, Gasly, Leclerc, Perez, Ricciardo, Sainz and Norris.

First out in Q3 was Norris. All of the teammates worked in track position to give a tow on the straight.

So after the first runs the order was Bottas, Hamilton, Verstappen, Perez, Gasly, Leclerc and Ricciardo.

All 10 drivers were on track in the final minute. Ocon went off, and Perez slid off the track but kept going.