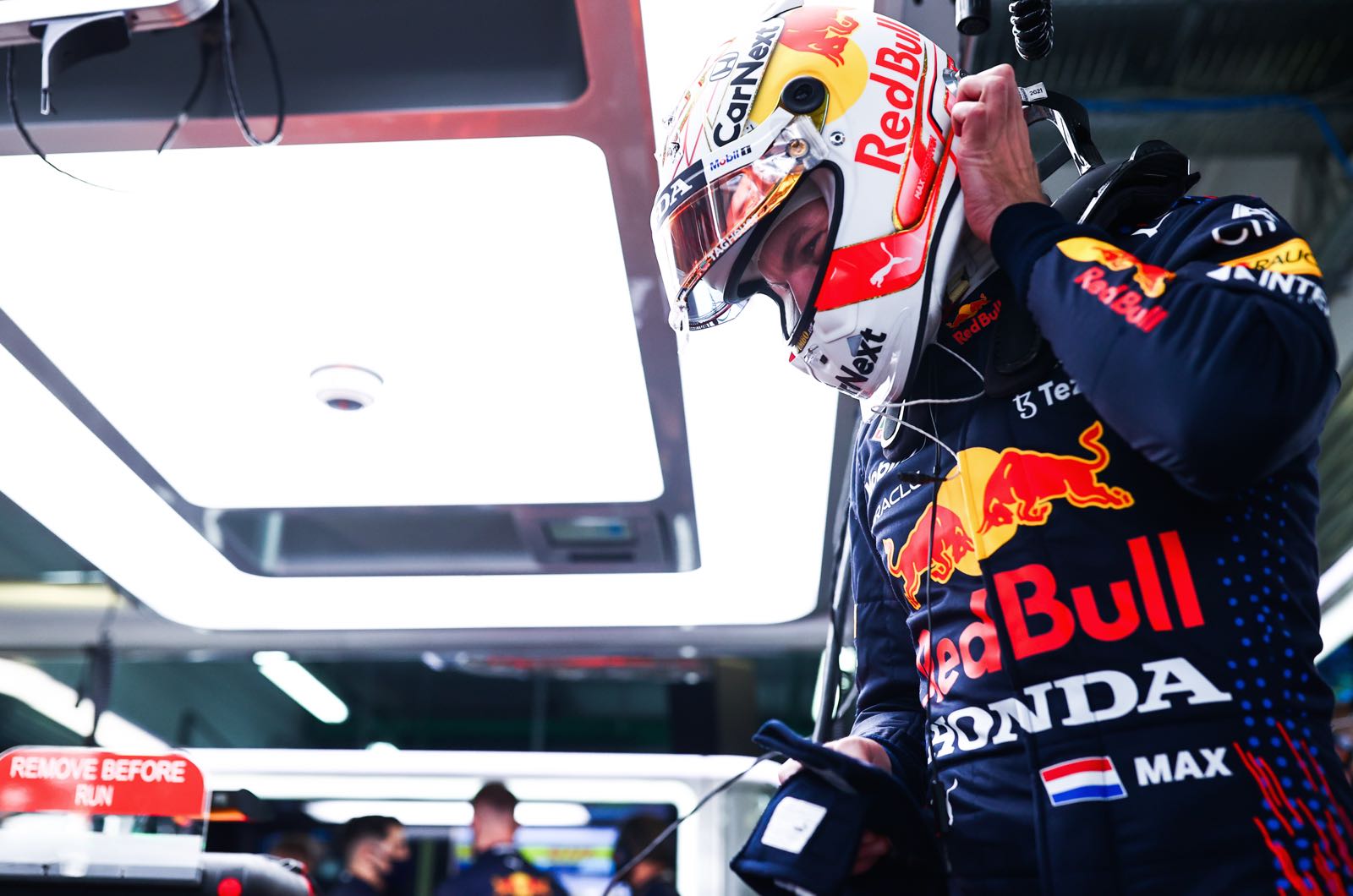 Valtteri Bottas led Lewis Hamilton as Mercedes secured an unexpected one-two finish in the First Free Practice Session for the Mexican Grand Prix, on a track where Red Bull-Honda was seen as massive favorite to dominate the weekend. Max Verstappen was third quickest, running very close to his rivals' pace, while local hero Sérgio Perez completed the top four, in spite of crashing into the wall on the last corner, early in the session.

Regardless of the tracks where they're racing, Mercedes and Red Bull-Honda seem very evenly matched since the end of the summer break and that was again the case Friday morning in Mexico. Mercedes dominated the FP1 session but the gap between Bottas and Verstappen was just 0,123s at the end of running, the Austrian team opting to send its drivers out on the Hard compound tyre at the start of practice, a good indication they believe Sunday's race will be covered with just one pit stop.

With engine modes playing a big part on Friday's lap times, it's too early to predict Mercedes will be giving Red Bull-Honda a good run for their money, so the best news for the German team was that 5th place Pierre Gasly was already 0,644s behind Bottas and Carlos Sainz, 6th on the fastest Ferrari, was more than one second slower than the Finn, so in the worst case scenario for Mercedes, their two drivers should still be fighting for a podium finish on a track where the team has recently struggled quite a lot.

Perez was initially quicker than Verstappen, but hit the wall after spinning on the last corner, as Charles Leclerc had done a few seconds before. Both managed to cut across the track straight into the pits and their cars were repaired on time for the duo to return to the track, the Mexican hauling himself back to P4, while the Monegasque was 8th fastest, just 0,2s off Sainz's best time. The best news for Red Bull-Honda, though, was that Pierre Gasly seems to be clearly the 5th fastest driver on this very dusty and slippery circuit, so he may play a part in the combined strategy of the Red Bull group to take as many points away as possible from Hamilton, on Sunday.

For the seven-times World Champion the biggest worry was being summoned to the Stewards for failing to go around the bollard placed on the outside of Turn 3 after missing his braking for Turn One, with veteran Kimi Raikkonen making the same mistake. Both were reprimand by the Stewards but it's possible the drivers will ask for different measures to take on that corner's run-off area, as trying to steer left on the grass, when you go into the corner turning right, may easily lead to a spin.

Both Alpine managed to finish FP1 inside the top ten, with Alonso splitting the two Ferrari and Ocon beating Vettel for P9, the French team benefitting from being the last to send their drivers our on fresh Soft tyres close to the end of the session. That's how they both took rookie Yuki Tsunoda out of the top ten, the Japanese learning his way around this difficult track quite quickly, to complete the session in 11th place. However, like Lance Stroll, Tsunoda already knows he'll have to start Sunday's race from the back of the grid following a change of most Power Unit components for both young drivers.

Max Verstappen showed his hand by beating the Mercedes drivers by a big margin during the Second Free Practice Session for the Mexican Grand Prix, confirming Red Bull-Honda is the hot favorite for this weekend's race on a track where the Dutch already has two wins to his name. With the tarmac getting progressively cleaner, lap times improved by more than one second from the morning session, but it was Verstappen who led all the way, both on Medium and Soft tyres, to set the fastest lap of the afternoon in 1m17,301s.

The Mercedes drivers, however, didn't seem to get everything out of their W12 on fresh Soft tyres, Valtteri Bottas securing P2 on what was already the tenth lap of his set of tyres, ending up over 0,4s behind the Dutch. Title contender Lewis Hamilton had to deal with traffic during his fastest lap and ended up less than one tenth of a second behind his team mate, being more than half a second slower than his championship rival.

In the second Red Bull-Honda, local hero Sérgio Perez was fourth fastest, on the same tenth of a second than Hamilton, the Mexican still struggling to make the most out of his RB16B on a single flying lap. With his team desperately needing him to back Verstappen up this weekend, to take as many points away from Hamilton as possible, the Mexican will have to up his game for qualifying to secure a place on the front row.

The long runs were compromised by heavy traffic for all, but Verstappen's eight lap run on Medium tyres was quite impressive, with an average lap time of 1m21,092s, while Perez was almost half a second slower, on average, than his team mate. Saving their sets of Medium tyres for Saturday and Sunday, Mercedes had both its drivers running on the Softs for a few laps, Hamilton averaging laps of 1,21,7s, 0,2s faster than his team mate. The Finn, down, managed to put four consecutive laps on the Hard tyres right at the end of the session, with an average lap time of 1m21,083s, so in terms of race pace Mercedes and Red Bull seem to be quite evenly matched.

Showing how competitive the two top teams hard, fifth placed Carlos Sainz was already more than one second slower than Verstappen, the Spanish driver beating the ever-impressive Pierre Gasly by just over one tenth of a second. With Charles Lecler in P7 and rookie Yuki Tsunoda in 8th place, Ferrari and AlphaTauri-Honda seem to be the fastest of the midfield this weekend, as McLaren continued to struggle after a difficult FP1, Norris managing only P12, while Ricciardo had to stop after just seven laps due to a gearbox issue on his car.

With the British team out of position, veterans Sebastian Vettel and Fernando Alonso completed the top ten, ahead of the rejuvenated Raikkonen, who was 11th fastest like in the morning, the Finn seemingly motivated to end his Formula One career on a high note.