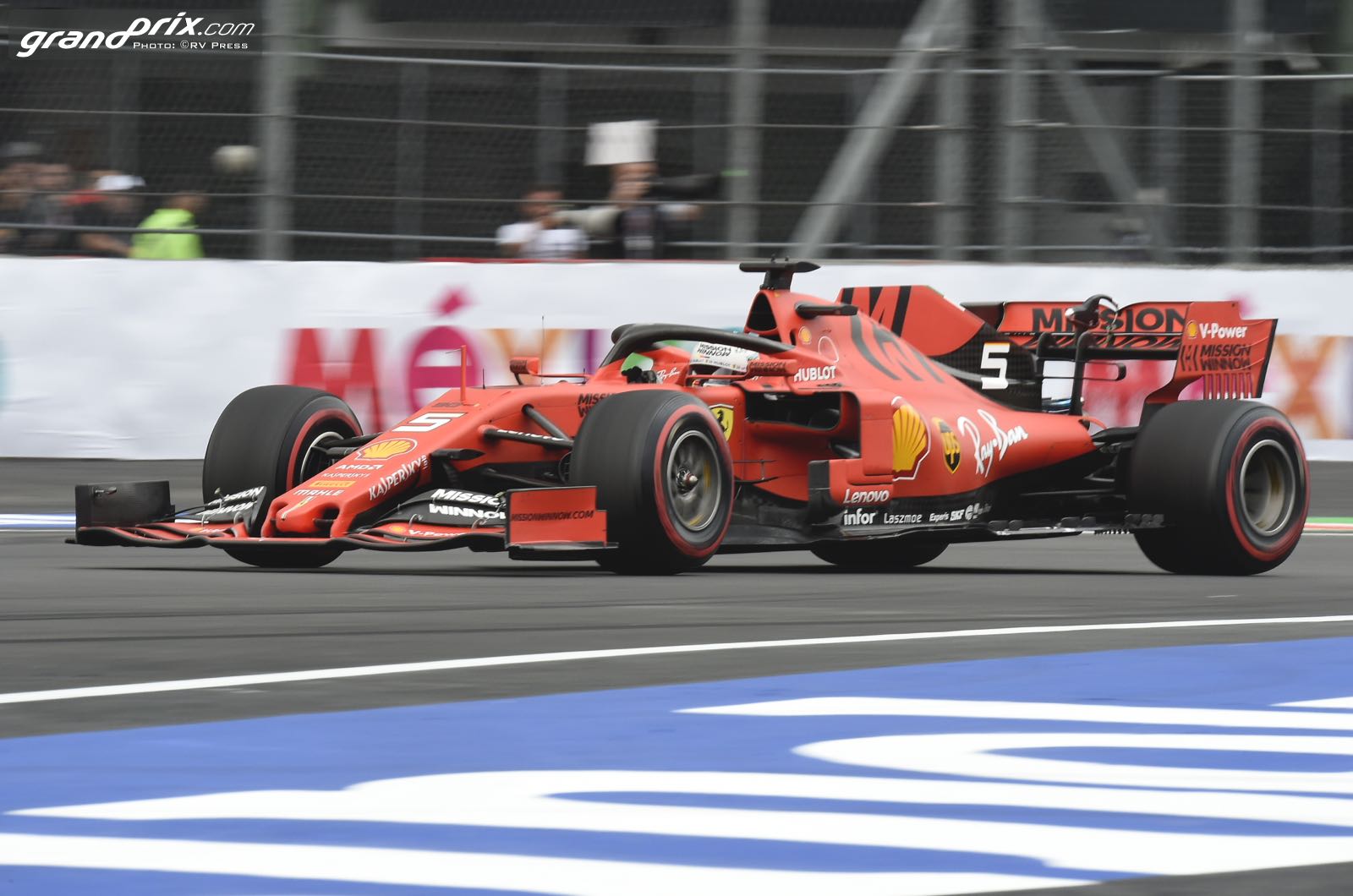 Ferrari has only won the Mexican Grand Prix twice – in 1970 and 1990. While lap times in Friday's practice sessions aren't all that representative, that fact that Sebastian Vettel topped Free Practice 2 was a good omen for Ferrari taking the victory in Sunday's race.

The fans were more concerned with their hero Perez, who was 17th in FP1.

"The race in Mexico is a hugely important weekend for me," Perez said. "It's my home race and I always feel very proud to see Formula 1 back in Mexico. We've just had the notice that the race contract has been extended for another three years, which is great news for the sport and for Mexico. Everybody tells me how much they love the race – my colleagues, the media and the fans. It's our chance to show everybody the Mexican way of life and how much we love sports."

Giovinazzi, Raikkonen and Russell were the first out on track.

Albon was not so fortunate when he spun into the barriers at Turn 8 and brought out the red flags 15 minutes into FP2. The Red Bull suffered damage to the right front of the car.

It took a while to get the car taken away, and so there were 62 minutes left when the session was restarted.

But it was Verstappen's next lap that garnered the attention as it was an identical to Vettel's recent 1:17.960, so they were one/two with Vettel ahead because he had posted the time first.

Leclerc, on the soft Pirelli compound slicks, turned his own set of numbers as his new lap of 1:17.072 was 0.888 of a second faster than Vettel and Verstappen.

But the lap times continued to fall as Vettel retook the lead with a 1:16.607. Other drivers were doing their own fast laps on the Pirelli soft tires. Just before the midpoint of FP2 the order was: Vettel, Leclerc, Verstappen, Gasly, Hamilton, Sainz, Perez, Ricciardo, Bottas and Raikkonen.

Then Verstappen improved to a 1:16.722 to claim second place. The soft compound slicks were showing a tendency to overheat if the drivers attempted to get a second fast lap out of them.

The order in the top 10 continued to shift, but the top three remained as Vettel, Verstappen and Leclerc. Behind them came Bottas, Hamilton, Kvyat, Gasly, Sainz, Hulkenberg and Stroll with 35 minutes remaining.

In the last 30 minutes the teams were into their long runs, so the only change in the top 10 was Norris displacing Stroll. Perez wound up in 12th place, one spot behind teammate Stroll.