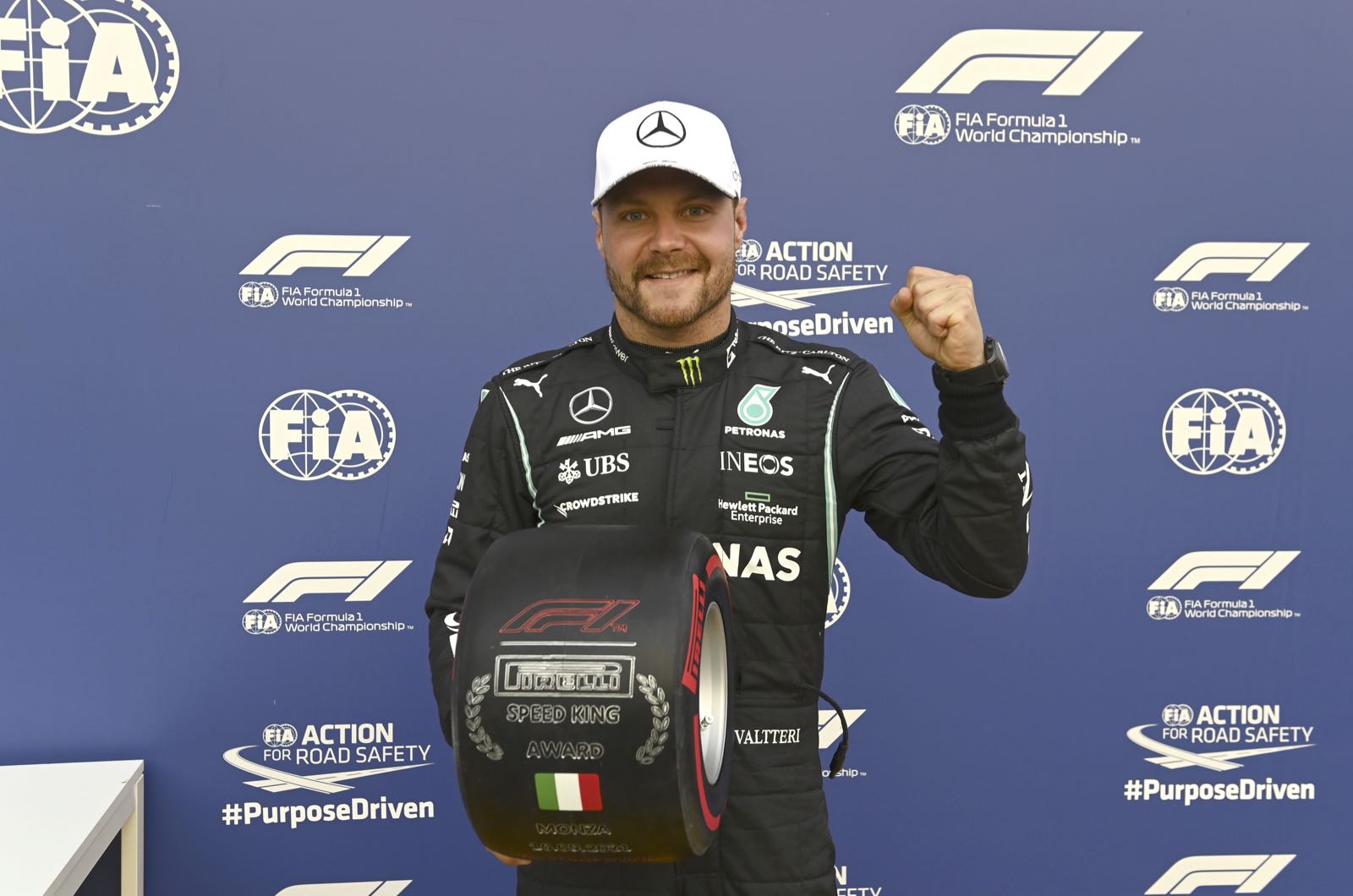 Mercedes teammates Valtteri Bottas and Lewis Hamilton qualified one, two on Friday evening at Monza, in the session that set the grid for Saturday’s Qualifying Sprint event.

But the track was ramping up, and Hamilton shot to the top at 1:20.543. Bottas was second ahead Ricciardo and Gasly with seven minutes to go.

There was plenty of bunching up of cars as the drivers tried to find a slipstreaming partner.

When there were three minutes remaining in Q1, Ocon was 15th and on the cutoff line. Vettel was 14th and Latifi was 16th.

After the final frantic moments, the five drivers who were eliminated at the end of Q1 were: Latifi, Tsunoda, Schumacher, Kubica and Mazepin.

Norris notched into third ahead of Ricciardo, Gasly and Verstappen.

Tenth and on the bubble with six minutes to go was Perez, and Leclerc was ninth while Ocon was 11th. It was all quiet as the drivers stayed in the pits waiting for a last run.

And then the track got very busy indeed.

The five drivers who were eliminated at the end of Q2 were: Vettel, Stroll, Alonso, Ocon and Russell.

The fastest 10 drivers who moved on to Q3 were: Hamilton, Bottas, Norris, Verstappen, Ricciardo, Gasly, Giovinazzi, Sainz, Leclerc and Perez.

Norris grabbed third ahead of Norris, Ricciardo, Bottas and Gasly. But there was still time for another run.

Everybody waited in the pits, waiting to get a slipstream from somebody else. Perez went out to give Verstappen a tow, and Bottas did the same for Hamilton.

And when it was over, Bottas was out front ahead of Hamilton, Verstappen, Norris, Ricciardo, Gasly, Sainz, Leclerc, Perez and Giovinazzi.