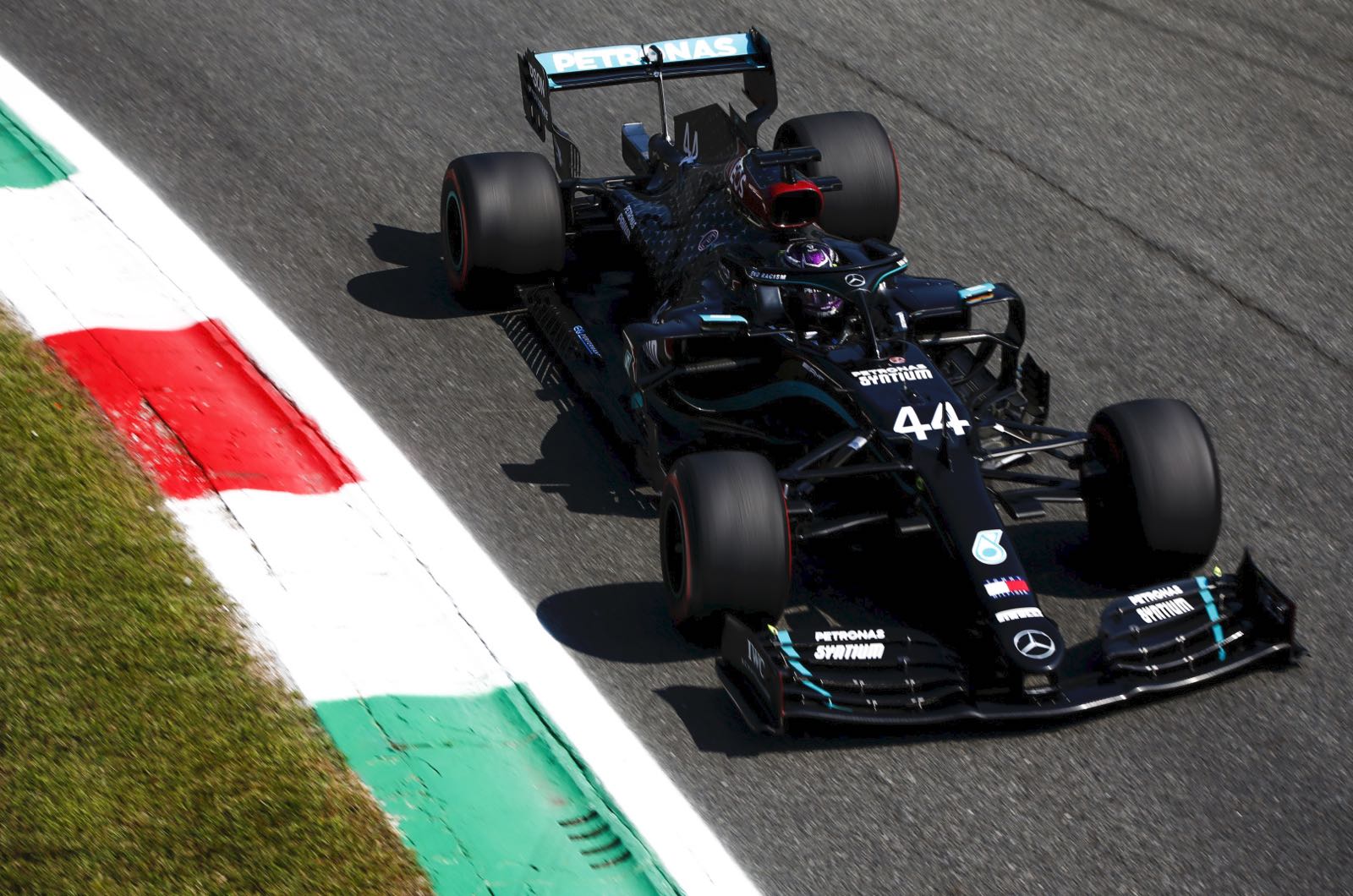 It was business as usual during Friday afternoon’s practice for the Italian Grand Prix with Mercedes teammates Lewis Hamilton and Valtteri Bottas at the top of the time sheets.

Raikkonen and Grosjean were the first out. But it was Gasly who set the early pace with his time of 1:22.034 and then a 1:21.578 on the medium compound Pirelli tires.

Twenty minutes into the session the order was Gasly, Sainz, Leclerc, Stroll, Ricciardo and Giovinazzi.

Verstappen, Bottas and Hamilton had yet to set a lap time.

When Hamilton finally got going he posted a 1:21.085 on the medium tires.

Just past the 30 minute mark all the drivers were in the pits as they prepared for their qualifying simulations and the top 10 were: Hamilton, Bottas, Verstappen, Gasly, Ocon, Sainz, Stroll, Albon, Ricciardo and Giovinazzi.

And at the midpoint of the session all the drivers headed out for their qualifying sims om the soft compound Pirelli slicks.

It was Bottas who took the lead with a 1:20.454, but Hamilton beat that with his 1:20.192. Verstappen slotted into third ahead of Sainz, Kvyat, Leclerc, Stroll and Gasly.

But then Gasly popped up to third place.

And so, with 35 minutes remaining, the order was Hamilton, Bottas, Gasly, Verstappen, Sainz and Kvyat. For the rest of the session the teams and drivers now began to do their race simulations on worn tires and high fuel loads.

But someone forgot to tell Norris as he popped up to third in the final minutes.

The top 10 at the end of FP2 were: Hamilton, Bottas, Norris, Gasly, Verstappen, Sainz, Kvyat, Stroll, Leclerc and Perez.