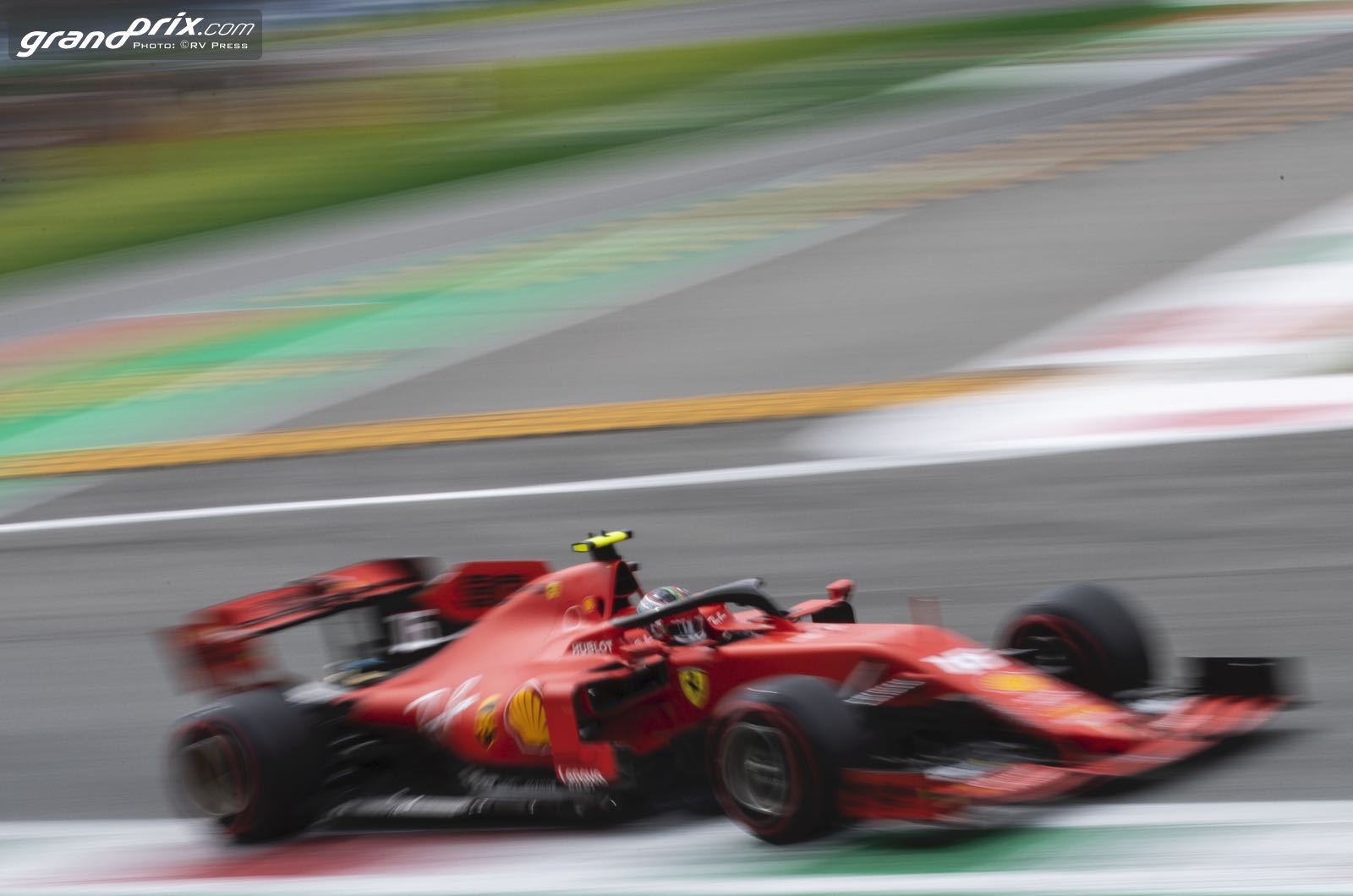 Charles Leclerc won the Italian Grand Prix in Monza in his Ferrari in front of the ecstatic home crowd. Valtteri Bottas in his Mercedes finished in second 0.835s behind, with his team mate Lewis Hamilton in third, 35.199s behind the winner.

It is Leclerc’s second win in two weeks. Hamilton continues to lead the world championship by 63 points.

Daniel Ricciardo (45.515s) in the Renault finished in fourth, followed by his team mate Nico Hulkenberg (58.165s) in fifth, Alex Albon (59.315s) in the Red Bull-Honda was sixth, Sergio Perez (1m13.802) was seventh, Max Verstappen (1m14.492s) in the second Red Bull-Honda was eighth, Antonio Giovinazzi (1 lap) in the Alfa Romeo-Ferrari was ninth and Lando Norris in the McLaren-Renault took the final points paying position in tenth place.

Before the start the sun is shining with driver expecting a one-stop race with Charles Leclerc on pole for the second week in a row in his Ferrari with Hamilton alongside on the front row. Bottas and Vettel on row two, Renaults of Ricciardo and Hulkenberg on row three, Sainz and Albon on row four and Stroll and Giovinazzi rounding out the top ten. Verstappen after an engine problem in qualifying starts from 19th. The first eleven starting on soft tyres, most of the rest of the field starting on medium tyres.

At the appointed time the drivers came around the formation lap, the lights went out and the race began with Leclerc taking the lead, Bottas looking to takes second but Hamilton keeps the position.. Hulkenberg getting past Vettel in fourth.

At the end of the first lap Vettel gets back around Hulkenberg for fourth, while Verstappen pits for a new front wing after contact with Perez.

On lap 3 Sainz and Albon battle over eighth place, Albon runs off the track at Lesmo, but both continue, Albon back to 11th place.

ON lap 4 Leclerc leads Hamilton by 1.4s, ahead of Bottas, Vettel, Ricciardo, Hulkenberg, Stroll, Sainz, Giovinazzi and Magnussen in tenth. Verstappen in 20th, 39s behind the leader.

On lap 7 Vettel spins at the Ascari chicane, and then makes contact with Stroll while rejoining the track - Stroll then gets going and Gasly goes into the gravel avoiding. Vettel pits for a new front nose.

On lap 8 Grosjean spins and then pits for medium tyres.

Stroll has front wing damage, but the team will try to make it to the pitstop before addressing it - he runs 12th.

Vettel is given a 10-second stop-go penalty for rejoining the track in an unsafe manner.

Stroll is handed a drive-through penalty for rejoining the track in an unsafe manner.

Verstappen tells the team, “I am losing power” - he runs in 14th.

On lap 17 Mecedes gets tyres ready for a stop, but then the mechanics go back into the garage.

Albon is handed a five-second penalty for passing Magnussen off-track at the second chicane - he runs seventh.

Hamilton tells the team, “rear are dropping off man, you cannot overcut him.”

Leclerc complains about his rear tyres as well.

On lap 19 Hamilton pits from second place for medium tyres.

At lap 21 Leclerc pits from the lead and changes to hard tyres. Leclerc comes out just ahead of Hamilton.

On lap 22 Hamilton is in DRS range of Leclerc and is 0.4s behind the Ferrari.

On lap 23 Leclerc and Hamilton pass Hulkenberg. Hamilton makes a run at Leclerc and squeezes Hamilton on the outside entering the Ascari chicane - Hamilton has to run through the chicane but continues. Leclerc is given the black and white flag, Leclerc asks the team “why?”.

On lap 26 Leclerc passes Ricciardo for second, Hamilton follows him through a turn later.

On lap 27 Bottas pits from the lead for medium tyres and rejoins in fourth.

On lap 28 Sainz pits and comes out with a rear tyre not fitted properly and has to pull off the track to retire. The virtual safety car is out.

The race resumes and Hamilton is all over the back of Leclerc.

Bottas gets past Ricciardo for third place.

Kvyat pulls off to the side of the track with an engine problem. The virtual safety car is out again. Ricciardo pits for medium tyres and stays fourth.

Hamilton continues to chase Leclerc, less than a second behind the Ferrari.

On lap 36 Leclerc locks up at the chicane and has to cuts the chicane - Hamilton is all over the back of the Ferrari - Hamilton trys to make a move, but Leclerc defends.

The stewards say, “no investigation necessary.”

Bottas closes his gap to Hamilton to only 3 seconds.

On lap 42 Hamilton locks up in the first chicane, cuts through the run-off and Bottas takes second place.

Hamilton tells the team, “I don’t have much left in these tyres.”

On lap 45 Bottas has closed to 1.3 seconds behind Leclerc in the lead.

Verstappen is closing on Perez in seventh place.

Bottas is stalking Leclerc, his engineer says, “come on Valtteri, this is your win.”

On lap 49 Hamilton pits from third for soft tyres.

On lap 51 Bottas is close going into the first corner, but goes a little too deep and loses time.

Leclerc continues to the finish in the lead and takes the Italian Grand Prix in a Ferrari, ahead of Bottas and Hamilton.

Leclerc said after, “I made a few mistakes, but happy to finish first. I need to be careful with the mistakes.”