Practice 2 Report - A sense of urgency 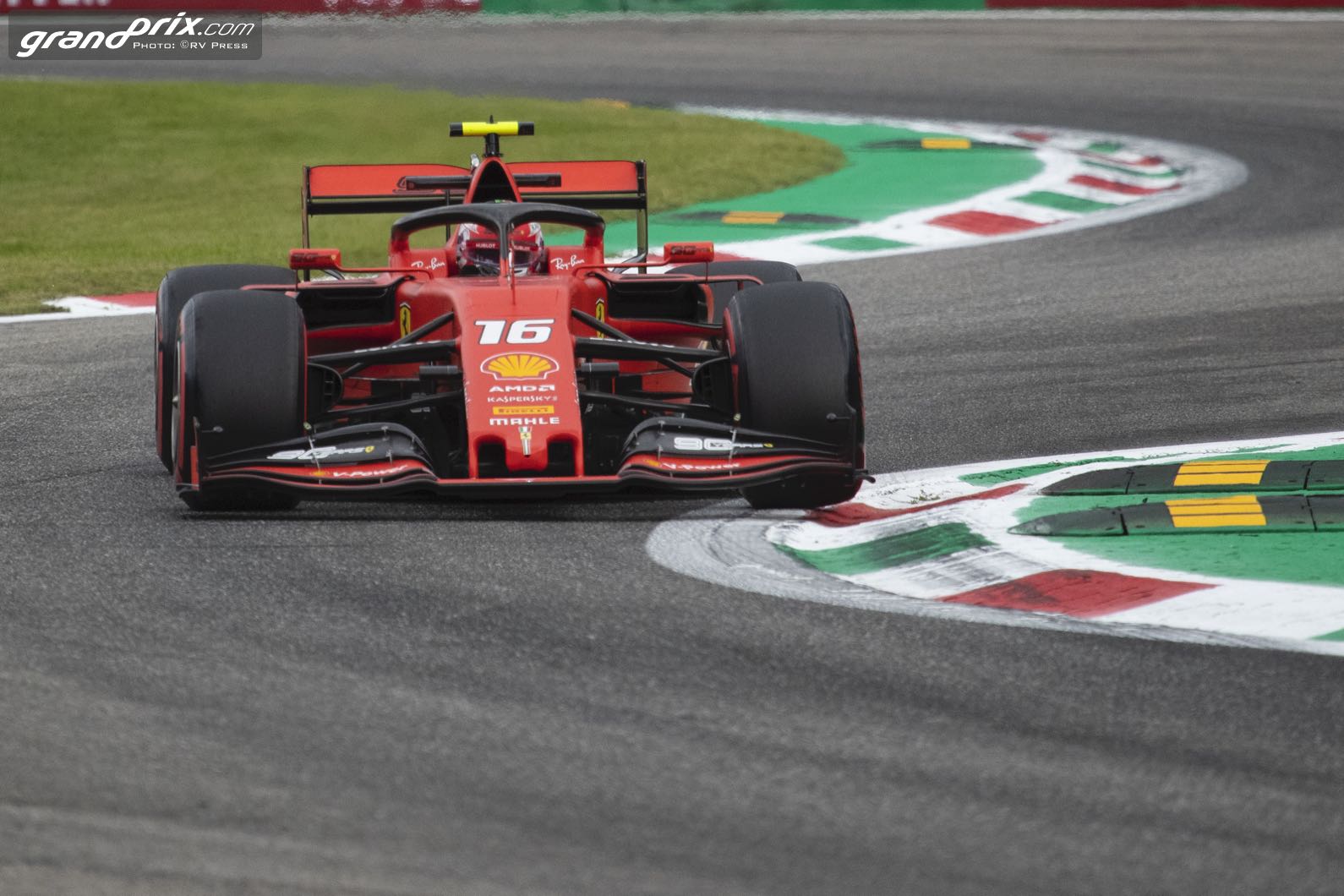 Free Practice 2 for the Italian Grand Prix was marked by a mix of sense of urgency and nothing happening. The former was because the drivers wanted to get some laps in before it rained, and the latter was because it rained. Then there was the crossover period with a drying track when there was a different sense of urgency as the drivers checked out the mixed conditions that might very well be a feature in Sunday's race. Ferrari's Charles Leclerc was fastest in FP2 just as he was in FP1.

The track had been wet for most of FP1, and it only was dry enough for slicks in the final few minutes when Leclerc posted the fastest lap time of 1:27.905.

And now it was dry at the start of FP2, and just about everybody was soon circulating the track in order to gain all the dry running data that was not obtainable in FP1.

There was another reason for all this urgency as rain was on the radar and approaching the circuit.

Hamilton, Vettel, Verstappen, Leclerc, Bottas, Sainz, Albon the Ricciardo were at the top of the timing screens 15 minutes into the session.

Five minutes later the Ferrari drivers were going fast on the soft compound slicks. Leclerc took the lead with a 1:20.978. Vettel slid wide at the Ascari chicane on his way to a 1:21.179.

Something went amiss with Norris' car after just one lap, and he climbed out while the mechanics peered into the rear of the McLaren.

Verstappen's "soft" run put him third ahead Albon, plus Hamilton and Bottas who were in the pits and had yet to try the soft slicks.

Just before the 30-minute mark a light rain made the track slippery in some parts, and the drivers headed for the pits.

As the teams had done plenty of rain running in FP1, there was no sense of urgency to go out now in FP2 – especially as it was not really wet, just greasy.

To add some non-action to the non-action, the session was red flagged at the 36-minute mark so that the marshals could sweep up the stones that drivers had shoved onto the track from the runoff areas at Turns 4 and 5.

The session restarted at the 45-minute mark.

Several drivers headed out to sample the track conditions.

"It's wet, at least Turn 6 is," radioed Magnussen who was out there on slicks. But he stayed out there.

Other drivers were also out there on slicks. But the track was just slippery enough to prevent most of them improving their lap times.

Exceptions to this rule were Hamilton and Bottas who had not done runs on the soft tires earlier in the session. And now when they did, they moved into second and fourth places respectively, with Vettel in between them.

Still on top of the times, Leclerc radioed that the track was wet and he was not going to take any risks. The team told him that these mixed conditions might be a feature of the race, so he should keep running to sample it all.

The others were doing the same, and just about everybody was on track with 20 minutes to go.

The top 10 at the end of FP2 were: Leclerc, Hamilton, Vettel, Bottas Verstappen, Albon, Gasly, Grosjean, Ricciardo and Kvyat.