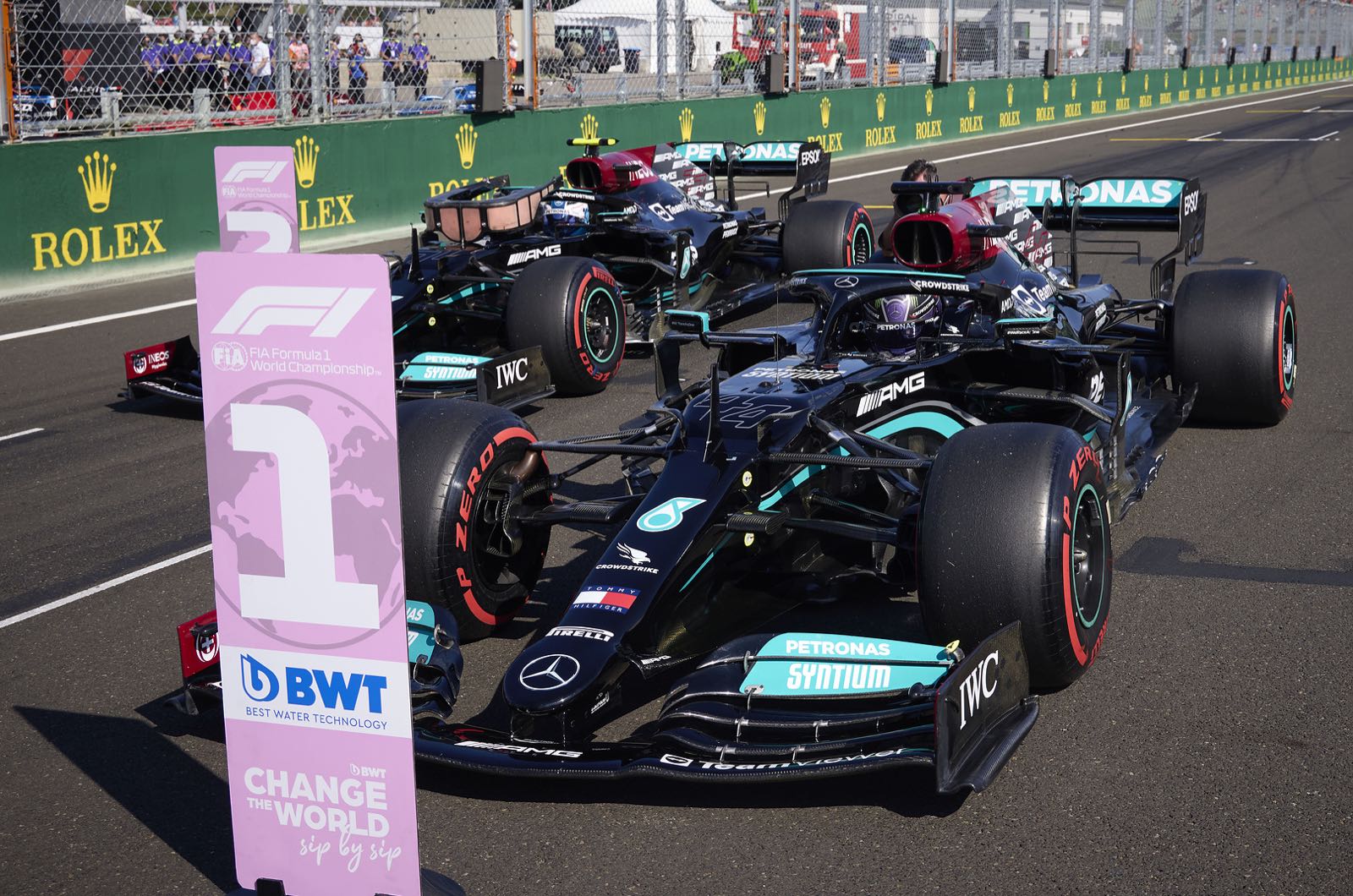 Fastest in FP3 was Hamilton ahead of Verstappen by 0.088 of a second. The session had to be red flagged when Schumacher crashed. His car could not be repaired in time for qualifying.

Tsunoda was the first out in Q1.

Hamilton and Bottas waited four minutes before heading out, as did Verstappen.

But the Ferrari drivers had yet to clock times. And when they did, Sainz went fourth and Leclerc seventh.

When there were five minutes remaining in Q1, Giovinazzi was 15th and on the cutoff line. Raikkonen was 14th and Tsunoda was 16th.

There was a rush of cars back out on track in the final two minutes.

The five drivers who were eliminated at the end of Q1 were: Tsunoda, Russell (for the first time this season), Latifi, Mazepin and Schumacher.

The top 10 qualifiers would start the race using the same compound tires they used to clock their fastest lap time in Q2. So some of the quicker drivers could take a safe chance of running the medium compound Pirelli slicks in this session. This would be especially crucial at the Hungaroring because of the high track temperatures.

Hamilton, Bottas and Verstappen headed out on the mediums, as did Perez. The rest were on the softs.

The red flags came out when Sainz slammed his red Ferrari into the barriers in the final turn.

The session was restarted after an eight minute delay. Six minutes and 40 seconds remained. Tenth and on the bubble was Ricciardo, and Ocon was ninth while Norris was 11th. Sainz was 14th, so would not advance to Q1.

The drivers waited until the final three minutes to make their final runs. And all of them were on track. And all were on the softs but Bottas.

The five drivers who were eliminated at the end of Q2 were: Ricciardo, Stroll, Raikkonen, Giovinazzi and Sainz.

The fastest 10 drivers who moved on to Q3 were: Verstappen, Norris, Gasly, Perez, Alonso, Hamilton, Leclerc, Bottas, Ocon and Vettel. Both Red Bull drivers had to use the softs while both Mercedes drivers stayed with the mediums.

Q3 lasted 12 minutes. Verstappen headed out in front of Bottas and Hamilton. Leclerc was ahead of that trio.

Hamilton took the provisional pole with a 1:15.419 ahead of Bottas, Verstappen, Perez, Leclerc, Ocon, Gasly, Alonso and Norris.

Vettel had waited in the pits and then had the track to himself. He moved from 10th to eighth.

Final runs and Hamilton went out just in front of Verstappen. Neither driver improved his time, nor could Bottas.