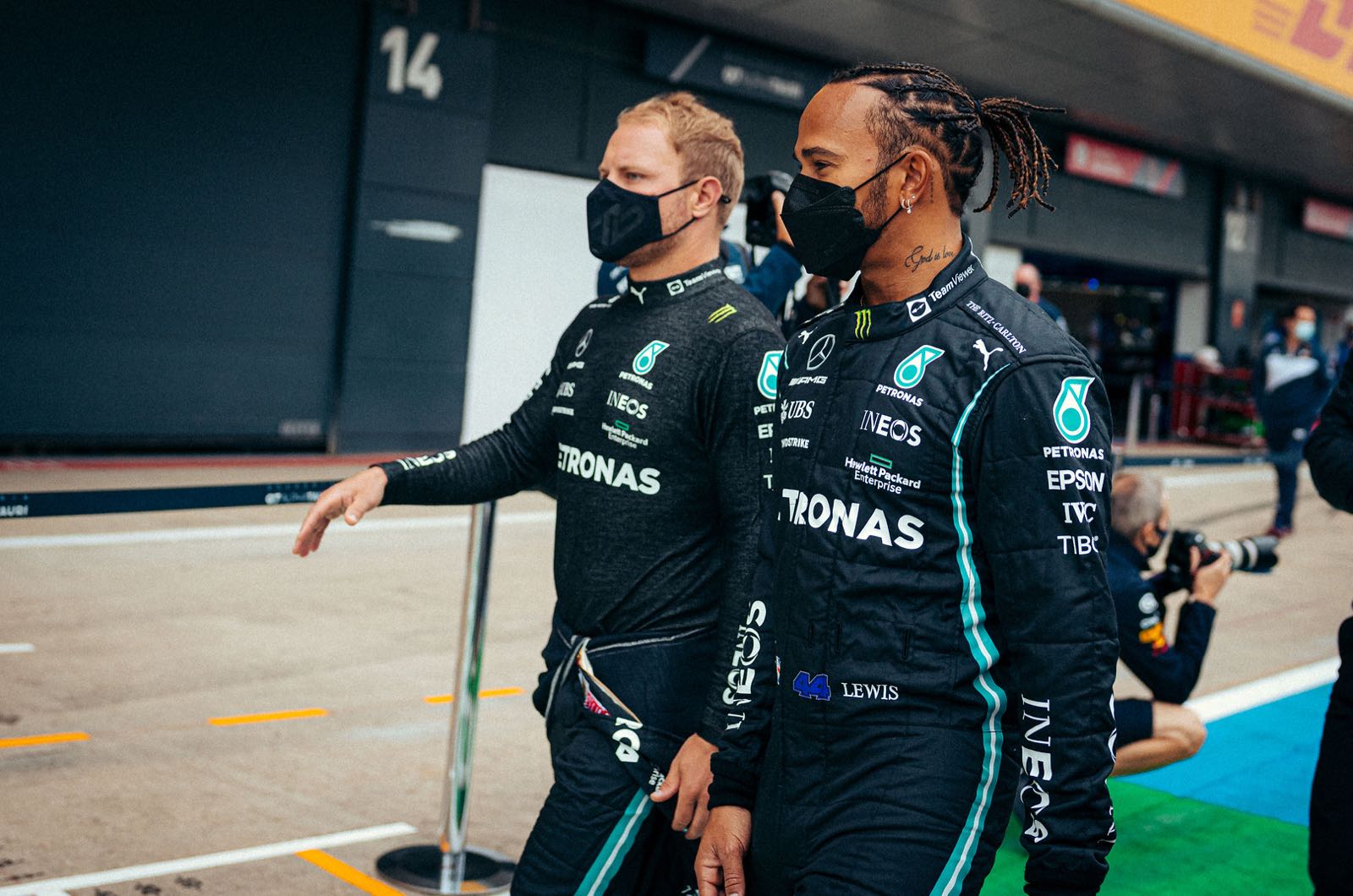 The Red Bull and Mercedes teams split Friday practice at the Hungaroring, with Max Verstappen quickest in FP1 and Valtteri Bottas fastest in FP2.

Verstappen's time of 1:17.55 put him out front in FP1 ahead of Bottas, Hamilton and Sainz. The session was briefly red flagged when Tsunoda crashed.

Raikkonen and Sainz were the first out in FP2.

Bottas set the early pace in FP2 with a 1:18.376. Verstappen was second, two tenths slower.

At the 15 minute mark the order was: Bottas, Verstappen, Hamilton, Perez, Ocon and Gasly. And a minute later Hamilton took the lead with a 1:18.140. All had used Pirelli's medium compound tires.

First runs over, most of the drivers were in the pits. Then it was back out on the soft tires for the qualifying simulations.

This included Bottas and Hamilton. The latter clocked a 1:17.039, the former a 1:17.012. Ocon jumped up to third ahead of Gasly, Vettel and Stroll at the half-hour mark.

But others were now doing their soft tire runs. Verstappen, complaining of understeer, took third place.

So the order was Bottas, Hamilton, Verstappen, Ocon, Perez, Gasly, Alonso, Vettel, Norris and Stroll as the drivers began their race simulations in the final 20 minutes.

Tsunoda finally made it out onto the track in the final two minutes.