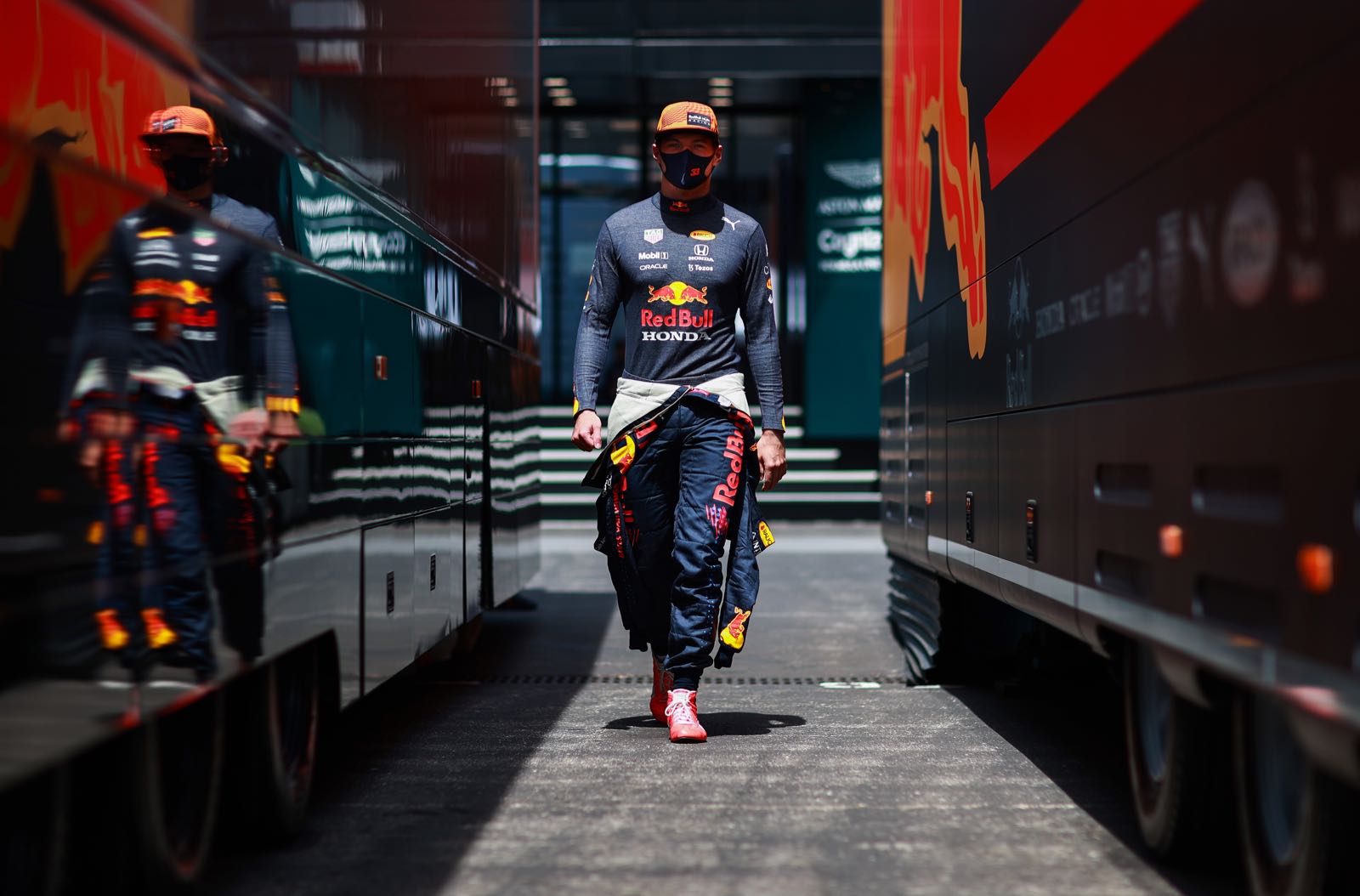 Red Bull driver Max Verstappen was third fastest in the opening practice session for the French Grand Prix, but he improved to take first place in the second session.

Williams test driver Roy Nissany drove Russell’s car in FP1. So Russell was anxious to get in some flying laps.

Bottas on the medium compound Pirelli slicks jumped in front with a 1:32.880. Just as in FP1, the order was Bottas, Hamilton, Verstappen, Perez and Ocon. All 20 drivers were circulating, most of them on the mediums in the early going.

Mazepin had a quick spin in the final turn.

After 15 minutes the order remained the same, with Norris, Alonso, Raikkonen, Gasly and Vettel rounded out the top 10. First turns over, most drivers were in the pits.

Bottas, now on the soft slicks, headed back out and clocked a 1:33.218 – slower than he had been on the mediums. Perez tried the softs and, like Bottas, found they did not stick for the whole lap. Ocon however got up to third.

Hamilton’s soft run yielded a 1:33.125, so he improved but stayed second to his teammate. But now Alonso had displaced teammate Ocon in third.

Verstappen, seventh, did a run on the softs and jumped to first with a 1:32.872. So Bottas was now second, followed by Hamilton, Alonso, Ocon, Gasly, Sainz, Raikkonen, Norris and Perez.

But there were still a few fast runs left, including Leclerc who slotted into fifth.

Now it was time for the race simulations, and so the top 10 at the end of FP2 were: Verstappen, Bottas, Hamilton, Alonso, Leclerc, Ocon, Gasly, Sainz, Raikkonen and Norris.