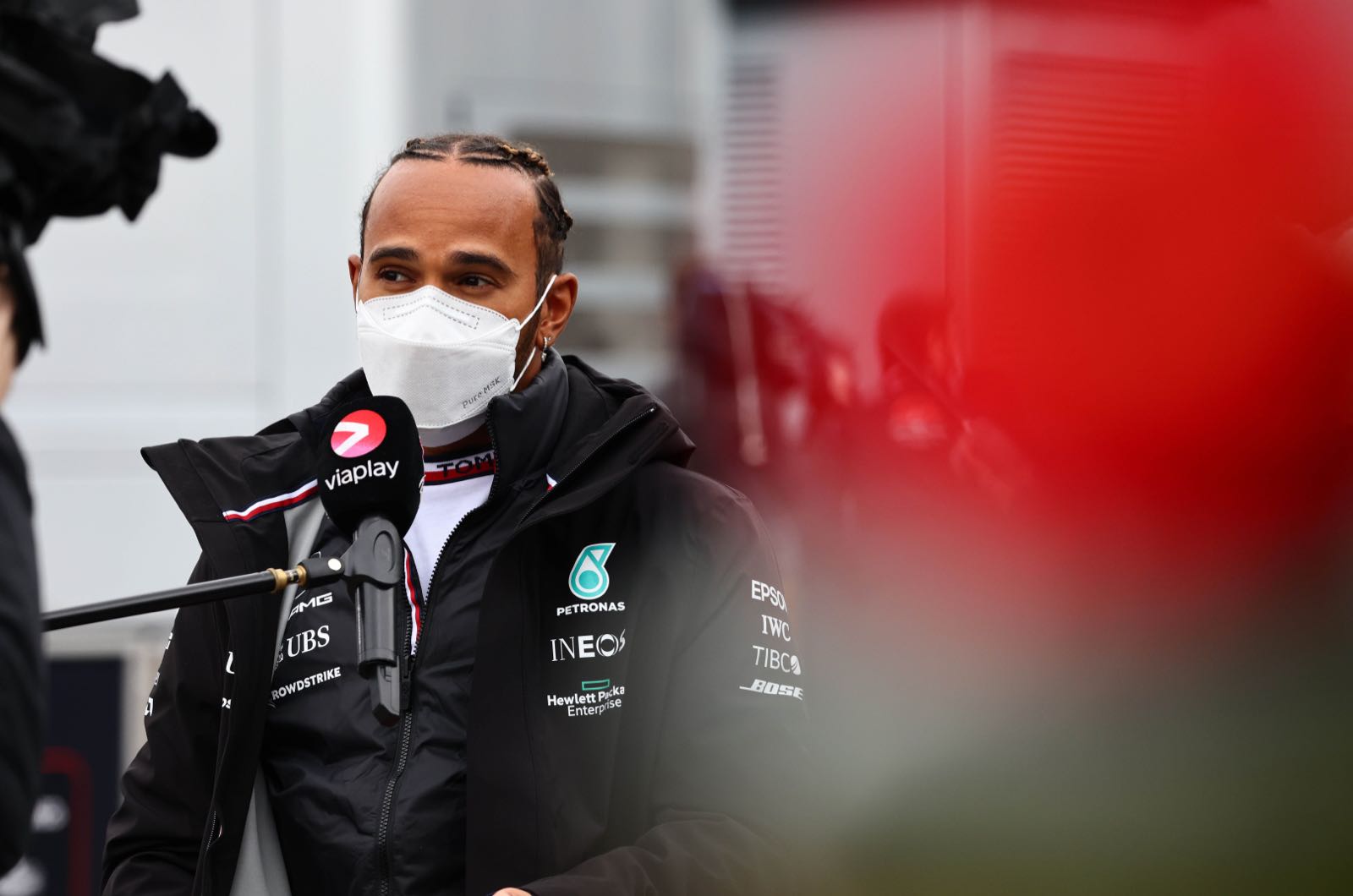 Lewis Hamilton earned the 99th pole position of his F1 career during qualifying for the Emilia Romagna Grand Prix. Sergio Perez qualified second, so started on the front row for the first time in his F1 career. His Red Bull teammate Max Verstappen was third.

"I definitely did not expect us to be ahead of the two Red Bulls," Hamilton said.

Haas teammates Schumacher and Mazepin were the first out.

Tsunoda had a big shunt at Variante Alta which brought out the red flags six minutes into the session. "He's okay but the car is not," the team radioed his teammate Gasly.

Once the marshals cleared away the wreck, the session restarted after a nine minute delay.

Norris slotted into second ahead of Verstappen, Hamilton, Leclerc and Ocon with seven minutes to go.

When there were three minutes remaining in Q1, Raikkonen was 15th and on the cutoff line. Giovinazzi was 14th and Schumacher was 16th.

The five drivers who were eliminated at the end of Q1 were: Raikkonen, Giovinazzi, Schumacher, Mazepin and Tsunoda.

The eventual top 10 qualifiers would start the race on the same tire compound they used to set their fastest lap times in Q2. So, if they could manage to do so, it would be an advantage to use the medium rather than the soft compound Pirelli slicks in Q2.

Among those to head out on the mediums were the Mercedes teammates and Verstappen.

Then, with seven minutes remaining, Norris, on the softs, jumped ahead with a 1:14.718. Next up were Hamilton, Verstappen, Leclerc, Bottas, Perez, Stroll and Sainz.

Tenth and on the bubble with four minutes to go was Russell, and Gasly was ninth while Ricciardo was 11th.

But things were going to change in the final minutes. Perez, on the softs, went ahead at 1:14.716.

The five drivers who were eliminated at the end of Q2 were: Sainz, Russell, Vettel, Latifi and Alonso,

The fastest 10 drivers who moved on to Q3 were: Perez, Norris, Leclerc, Hamilton, Verstappen, Bottas, Gasly, Ricciardo, Ocon and Stroll. The top 12 were separated by just half a second.

So, after the first runs, the order was Hamilton, Verstappen, Perez, Norris, Leclerc, Bottas, Gasly, Ocon, Ricciardo and Stroll. The latter had not gone out for a fast lap yet.

With three minutes remaining Hamilton was back on track, and soon all 10 drivers were out there. Verstappen was at the tail end.

Hamilton did not improve. Perez did, however, and grabbed the second spot. Verstappen, Leclerc, Gasly, Ricciardo, Norris, Bottas, Ocon and Stroll rounded out the top 10. Norris had temporarily been third, but had that lap time deleted for exceeding track limits.