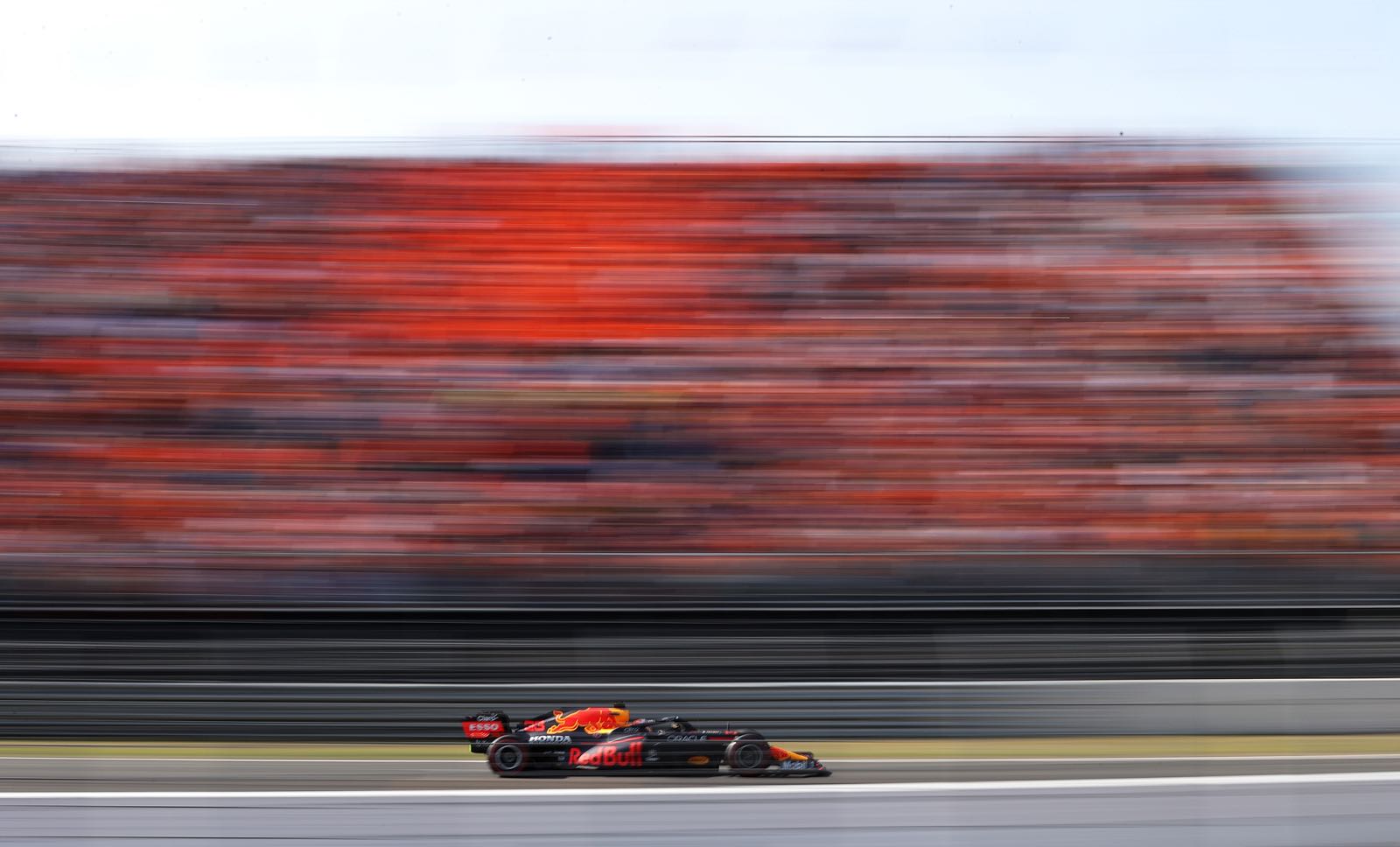 "It is an amazing feeling to get pole here," Max Verstappen said after qualifying on pole for his home Dutch Grand Prix. He also earned his sixth pole in seven races this season. And for the sixth time he will share the front row with Lewis Hamilton.

Raikkonen was self-isolating after testing positive for COVID-19, so Alfa's reserve driver Robert Kubica took over his car on Saturday and Sunday.

Fastest in FP3 was Verstappen with a 1:09.623. Sainz crashed in FP3, so the Ferrari mechanics were rushing to repair his car in time for qualifying.

The Haas teammates were the first out in Q1 which lasted 18 minutes. The big guns seemed to be in no hurry to leave the pits. And then the orange-clad crowd cheered as Verstappen took his warm-up lap. He clocked a 1:10.036 to take the lead over Hamilton, Gasly, Leclerc and Bottas.

Good news for Sainz as he left the pits with more than 10 minutes to spare.

On his second run Bottas moved up to third. Hamilton improved to a 1:10.114, and he stayed second. Sainz's fast lap put him eighth.

When there were five minutes remaining in Q1, Russell was 15th and on the cutoff line. Ricciardo was 14th and Stroll was 16th.

Many of the drivers waited for the final two minutes to make their final runs. The track evolved and the times tumbled. And Leclerc and Sainz shot to the top of the charts.

The five drivers who were eliminated at the end of Q1 were: Perez, Vettel, Kubica, Schumacher and Mazepin.

The top 10 qualifiers would start the race using the same compound tires they used to clock their fastest lap time in Q2. So some of the quicker drivers could take a safe chance of running the medium compound Pirelli slicks in this session. But the softs were the tires of choice.

The track continued to ramp up as Leclerc and Gasly replaced Hamilton and Bottas who moved back to fourth and fifth ahead of Ricciardo, Sainz, Ocon and Alonso.

Tenth and on the bubble with five minutes to go was Giovinazzi, and Alonso was ninth while Russell was 11th.

A minute later the session was red flagged when Russell spun in the entry to the final corner and he limped back to the pits.

"I pushed it too hard," he radioed.

After a 10 minute delay to clean the gravel off the track the session was restarted. But after one minute it was red flagged when Latifi spun into the barriers at Turn 8. The session was not restarted.

The five drivers who were eliminated at the end of Q2 were: Russell, Stroll, Norris, Latifi and Tsunoda.

The fastest 10 drivers who moved on to Q3 were: Verstappen, Leclerc, Gasly, Hamilton, Bottas, Ricciardo, Sainz, Ocon, Alonso and Giovinazzi.

After another delay, Q3 got underway. All 10 drivers headed out.

Gasly, Leclerc, Sainz, Alonso, Giovinazzi, Ricciardo and Ocon rounded out the top 10 after their first runs.

With three minutes to go, the drivers took to the track. Verstappen's final flying lap was a 1:08.885. Hamilton improved to a 1:08.923 to second ahead of Bottas. Gasly, Leclerc, Sainz, Giovinazzi, Ocon, Alonso and Ricciardo rounded out the top 10.