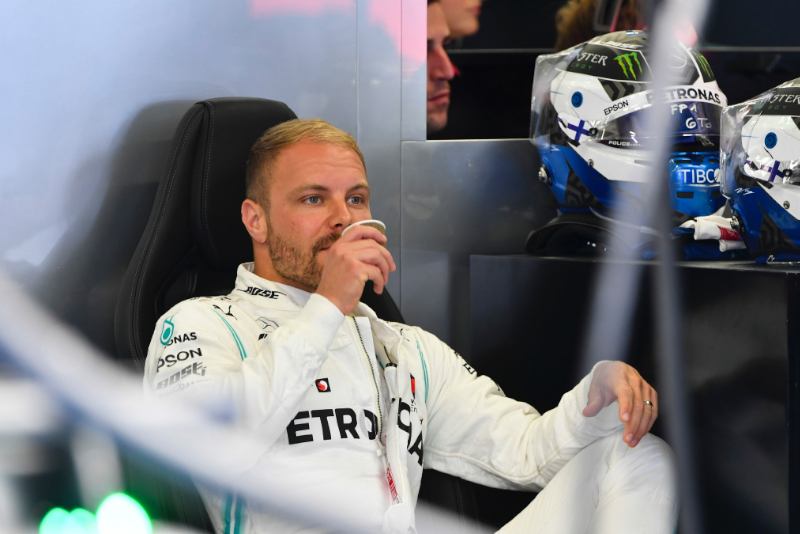 A Mercedes driver clocked the quickest lap in Free Practice 2 for the British Grand Prix. But it was the wrong man as far as many of the partisan crowd was concerned as it was the Finn Valtteri Bottas than his Brit teammate Lewis Hamilton at the top of the times.

FP1 had been a messy, incident-filled session that ended Gasly posting the fastest lap – a 1:27.173 – right at the end.

Although it was only Friday, there was already a large fan turnout at the track.

“The British Grand Prix is the most special grand prix of the year,” commented British driver Hamilton. “Just the sheer magnitude of it and just how many people come for the weekend and how many British flags you see around here. It really is a spectacular weekend.

Raikkonen, who had missed a chunk of FP1 when his Alfa broke down out on the track, was the first out in FP2. He got right down to business, clocking a 1:31.868 on Pirelli’s medium compound slicks.

But five minutes later those big guns were out there. Bottas did a 1:27.191 and then a 1:27.031 using the mediums. Verstappen grabbed second place ahead of Leclerc and Hamilton.

Next, Kubica spun and continued at Turn 18.

Hamilton slid off on his next fast run. Gasly meanwhile kept things on track to move up to second, only to be displaced by teammate Verstappen.

Then, on his first flying lap, Vettel went up to 13th place.

After 30 minutes, all the drivers except Vettel, who had moved up to fifth, were in the pits preparing for their qualifying sim runs on the soft compound tires. And, after doing a number of laps on the mediums, Vettel, too, pitted.

Bottas was one of the first out on red sidewall Pirellis, but his first lap was not fast enough to beat his time on the mediums. Hamilton did better, going from sixth to second.

Then Bottas did manage to improve to a 1:26.732. Hamilton was second ahead of Leclerc, Vettel, Gasly, Verstappen and Sainz halfway through FP2.

Next, Norris slotted into fifth place behind Vettel. Albon and Kvyat rounded out the top 10 behind Sainz.

Just about all the drivers were back in the pits with 38 minutes in FP2. It was time to prepare for race simulations on heavy fuel loads and worn tires in the final half hour.

Ricciardo stopped out on the track at Turn 14 with 15 minutes left.