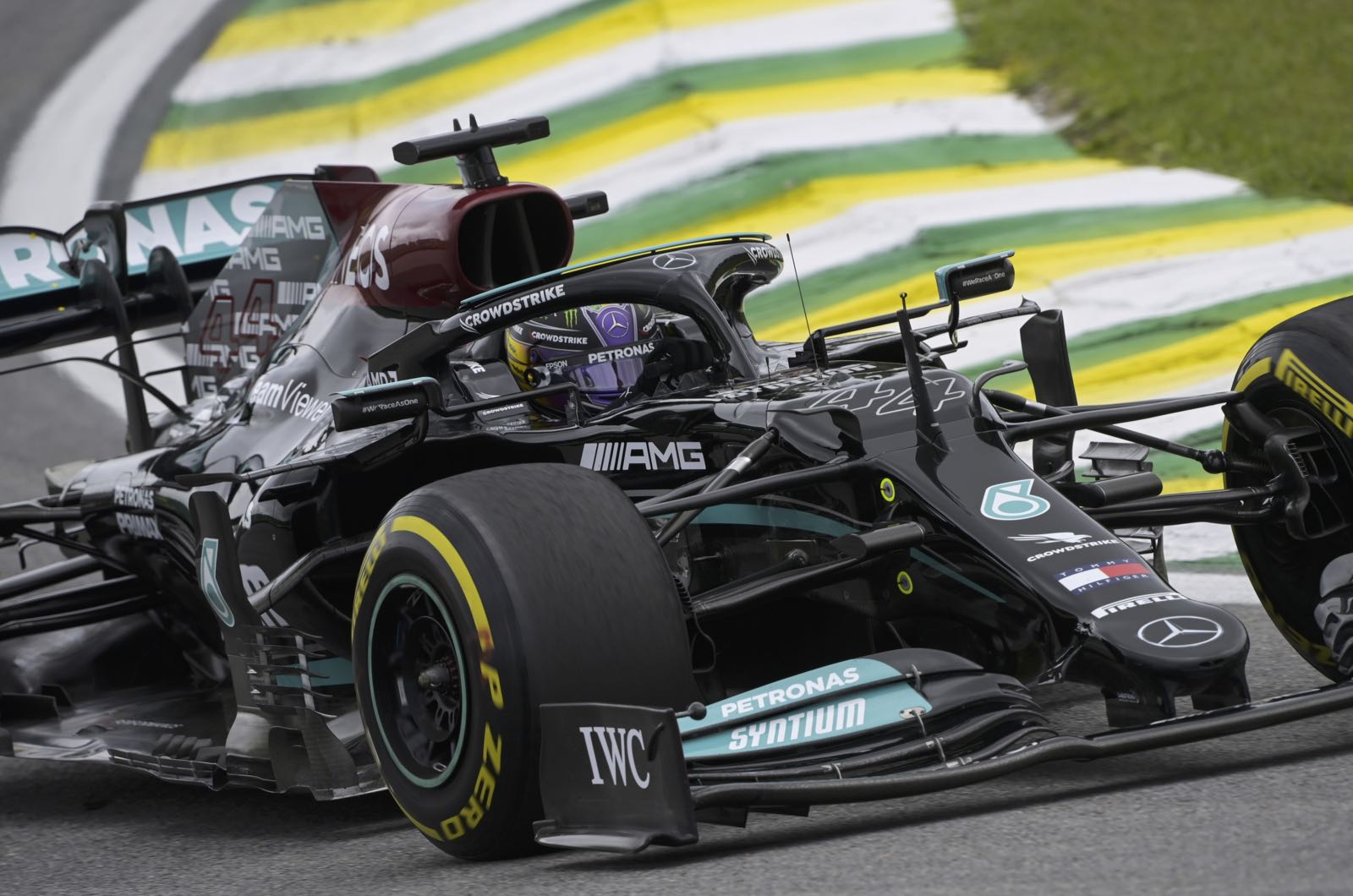 Lewis Hamilton set the fastest lap in Friday's qualifying in Brazil, so he will start on pole in Saturday's 24 lap sprint qualifying race that will set the grid for Sunday's full-length grand prix.

Fastest in FP1 was Hamilton at 1:09.050. His car had a new internal combustion engine, so he will take a five-place grid penalty on Sunday.

There was a 40 percent chance of rain.

Verstappen beat that with his 1:09.329. The Mercedes drivers waited five minutes before heading out. And then Hamilton clocked a 1:08.824.

Gasly slotted into third ahead of Bottas. But the order kept changing.

When there were four minutes remaining in Q1, Latifi was 15th and on the cutoff line. Vettel was 14th and Russell was 16th.

The five drivers who were eliminated at the end of Q1 were: Stroll, Latifi, Schumacher Russell and Mazepin.

Nobody headed out when the 15-minute session began. Then, after minutes 11 minutes, the Mercedes boys led the pack onto the track.

Hamilton turned a 1:08.659, but it was deleted for exceeding track limits. Verstappen took the lead with a 1:08567. Gasly took second ahead of Leclerc and Bottas.

Hamilton did another lap and jumped out front with a 1:08.386. Verstappen was second ahead of Bottas, Gasly and Leclerc.

Tenth and on the bubble with four minutes to go was Norris, and Alonso was ninth while Ocon was 11th. Everybody was in the pits, but then the track got busy.

When it got quiet again, the five drivers who were eliminated at the end of Q2 were: Ocon, Vettel, Tsunoda, Raikkonen and Giovinazzi.

The fastest 10 drivers who moved on to Q3 were: Hamilton, Bottas, Verstappen, Leclerc, Gasly, Perez, Norris, Sainz, Ricciardo and Alonso.

Q3 lasted 12 minutes, and Leclerc got things rolling at the nine minute mark. The other nine drivers followed him out.

All 10 drivers pitted to prepare for a final run in the final two minutes.

Hamilton improved to a 1:07.934. Verstappen held on to second ahead of Bottas, Perez, Gasly, Sainz, Leclerc, Norris, Ricciardo and Alonso.