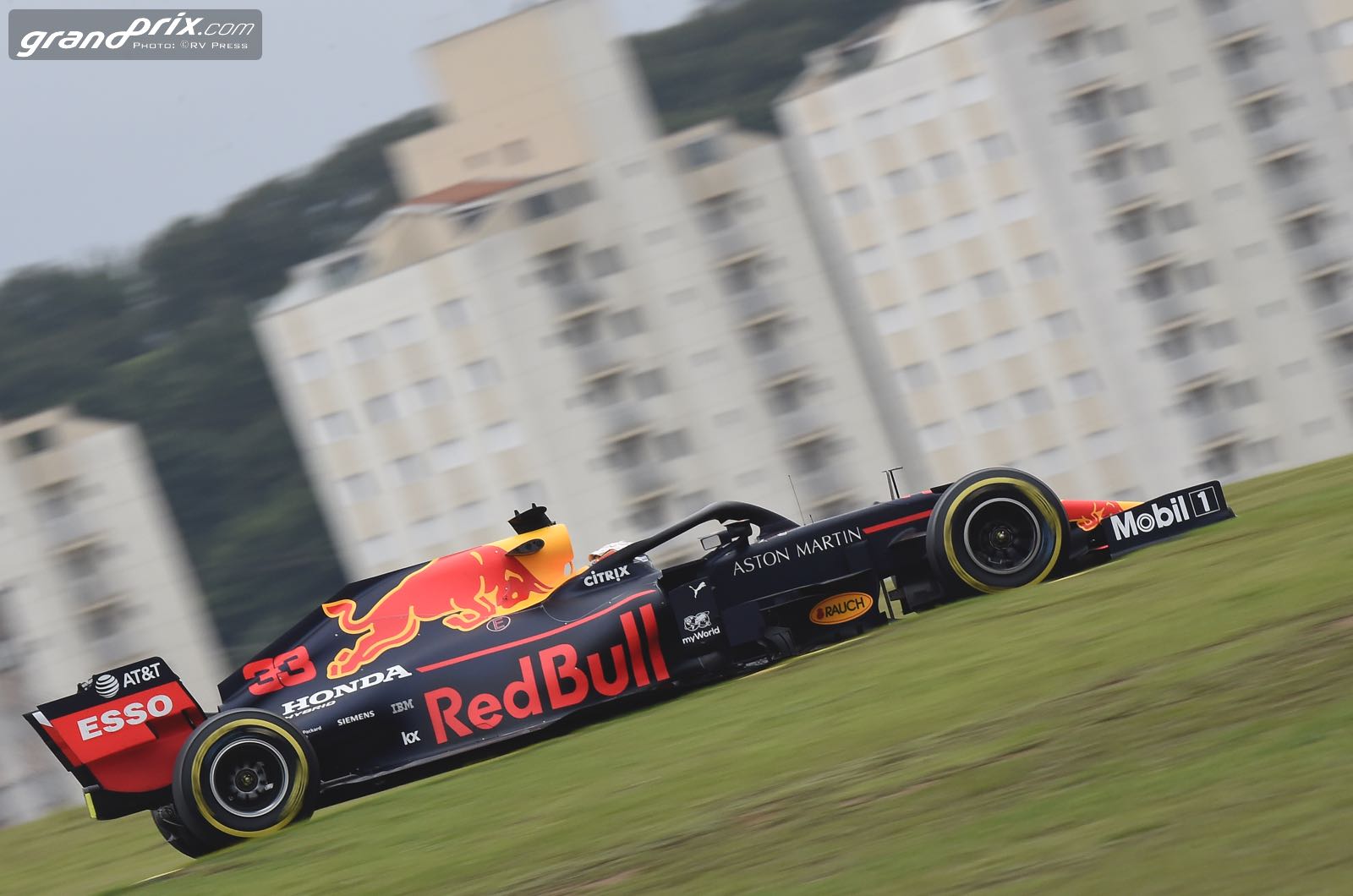 Max Verstappen earned the second Formula 1 pole of his career after clocking the fastest lap during qualifying for the Brazilian Grand Prix. His first pole came in Hungary earlier this year. He also clocked the fastest time in qualifying in Mexico, but that lap was deleted because he had not slowed for the yellow flags.

Leclerc was due to take a 10-place grid penalty for have a new power unit installed in his Ferrari.

Sainz reported an engine problem and drove slowly back to the pits.

In the meantime, Hamilton, Verstappen and Bottas were on their warmup laps. Verstappen was first across the line and stopped the clocks at 1:08.242. That him on top and ahead of Albon, Leclerc, Vettel, Hamilton, Bottas, Magnussen and Norris.

Right on the bubble in 15th place with five minutes to go was Perez. Meanwhile, Raikkonen was 14th and Hulkenberg was 16th.

Every driver from seventh to 19th (no Sainz) was on track in the final two minutes.

The five drivers who were eliminated at the end of Q1 were: Kvyat, Stroll, Russell, Kubica and Sainz.

All had done a run, and now all were in the pits with five minutes left. The first driver to blink was Hulkenberg who headed back out with three minutes on the clock. Others joined him.

Leclerc was on the medium Pirelli compound slicks. But there was only one change in the order as Hulkenberg moved ahead of Perez.

The five drivers who were eliminated at the end of Q2 were: Norris, Ricciardo, Giovinazzi, Hulkenberg and Perez.

Out went the 12 drivers, with Albon, Verstappen and Magnussen bringing up the rear.

So the order was: Verstappen, Vettel, Leclerc, Hamilton, Bottas, Albon, Grosjean and Raikkonen. Gasly and Magnussen did not make an initial run.

Just over two minutes remained when the drivers started filing out of the pits.

Verstappen’s second run yielded a 1:07.508. Nobody beat that, and so Max earned his second career F1 pole.

The top 10 qualifiers were: Verstappen, Vettel, Hamilton, Leclerc, Bottas, Albon, Gasly, Grosjean, Raikkonen and Magnussen. But Leclerc’s engine penalty would drop him to 14th on the grid.