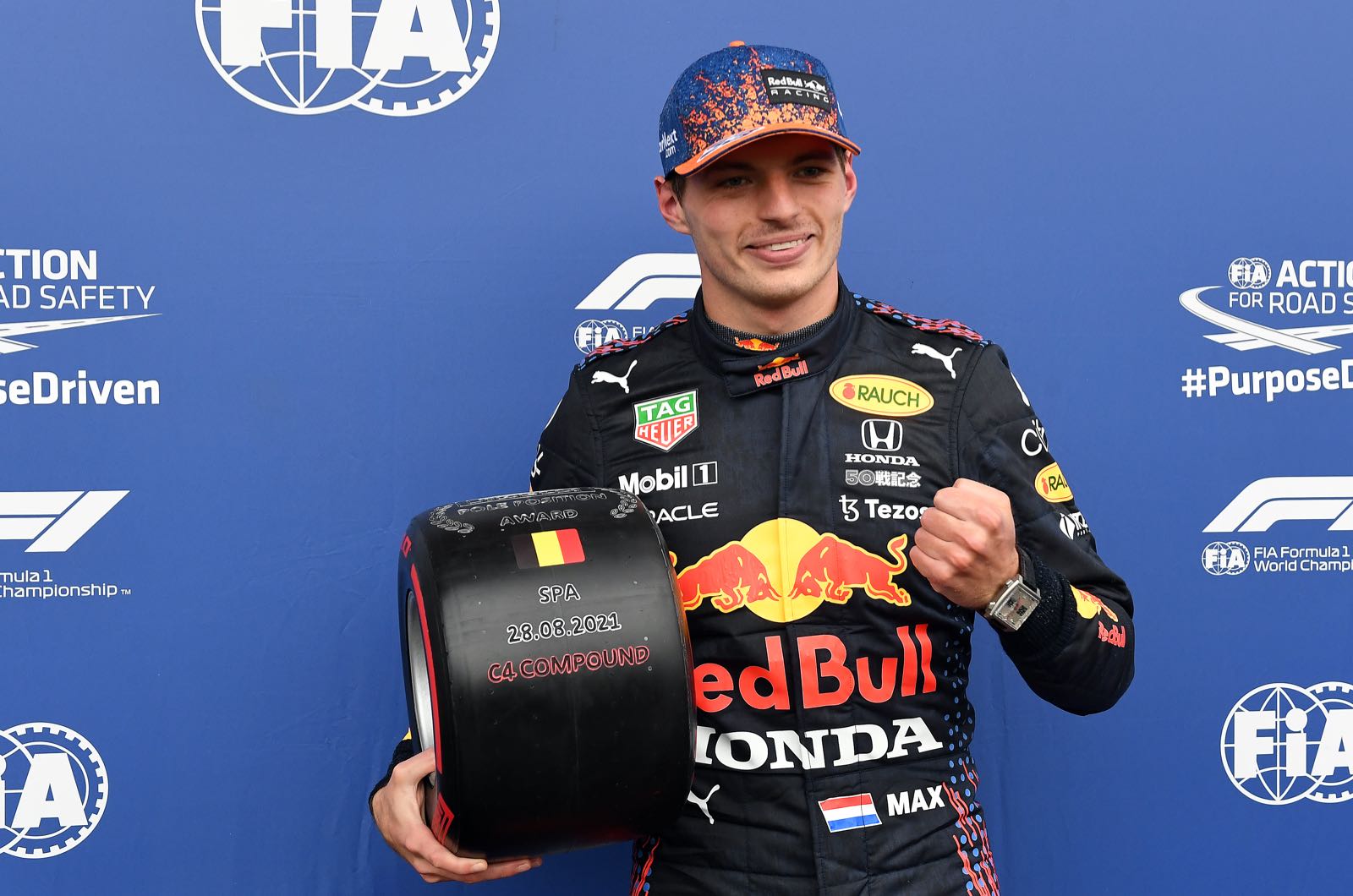 Max Verstappen secured the first pole position for Red Bull in 10 years at Spa, and George Russell did a fabulous job to qualify second in the Williams.

Fastest in the wet FP3 were Verstappen and Perez.

Bottas was set to get a five place grid penalty for causing the accident on lap one of the Hungarian Grand Prix.

The rain in the practice session earlier in the day persisted, so the start of Q1 was delayed by 12 minutes.

The Williams teammates were the first out in the 18-minute session. They were the only drivers on Pirelli's intermediate rain tires while all the other drivers were on the full wet tires.

Norris radioed that the intermediate might be the better choice.

Latifi had a spin but got back on track.

The track conditions were changing constantly, and the teams were calling their drivers to pit for the intermediates. Just past the midpoint of the session the order was: Russell, Latifi, Ocon, Norris, Verstappen and Bottas.

Sainz took the lead but the top position changed constantly.

When it was all over the fastest 15 drivers who moved on to Q2 were: Norris, Verstappen, Hamilton, Perez, Russell, Bottas, Vettel, Gasly, Leclerc, Latifi, Sainz, Ricciardo, Stroll, Alonso and Ocon.

The five drivers who were eliminated at the end of Q1 were: Giovinazzi, Tsunoda, Schumacher, Raikkonen and Mazepin.

All the drivers were on the intermediates as the 15 minute session began. But more rain was on the way. So it was essential to get a "banker" lap in early.

Norris set the early pace with a 1:57.235. Verstappen took second ahead of Vettel and Gasly.

Tenth and on the bubble with five minutes to go was Stroll, and Bottas was ninth while Ricciardo was 11th. But that was constantly changing. And Verstappen took the lead.

With two minutes to go Hamilton was 11th and Bottas was 12th.

The track was drying and the times were getting faster, and so the order changed constantly.

The five drivers who were eliminated at the end of Q2 were: Leclerc, Latifi, Sainz, Alonso and Stroll.

The fastest 10 drivers who moved on to Q3 were: Norris, Hamilton, Bottas, Gasly, Verstappen, Vettel, Perez, Russell, Ricciardo and Ocon.

Q3 lasted 12 minutes. More rain was falling, and so the drivers were on the full wet tires.

Norris had a huge shunt coming out of Eau Rouge and that brought out the red flags with nine minutes remaining. The car was wrecked but he was okay.

Meanwhile, it started to rain heavily.

After a 42 minute delay to clean up the debris and for the rain to abate, the session was restarted.

The Mercedes and Red Bull drivers headed out on the inters. So did Gasly and Vettel.

The drivers stayed out for one final go. Russell briefly held pole, but Verstappen beat him to take the top spot. Hamilton took third ahead of Ricciardo, Vettel, Gasly, Perez, Bottas, Ocon and Norris.