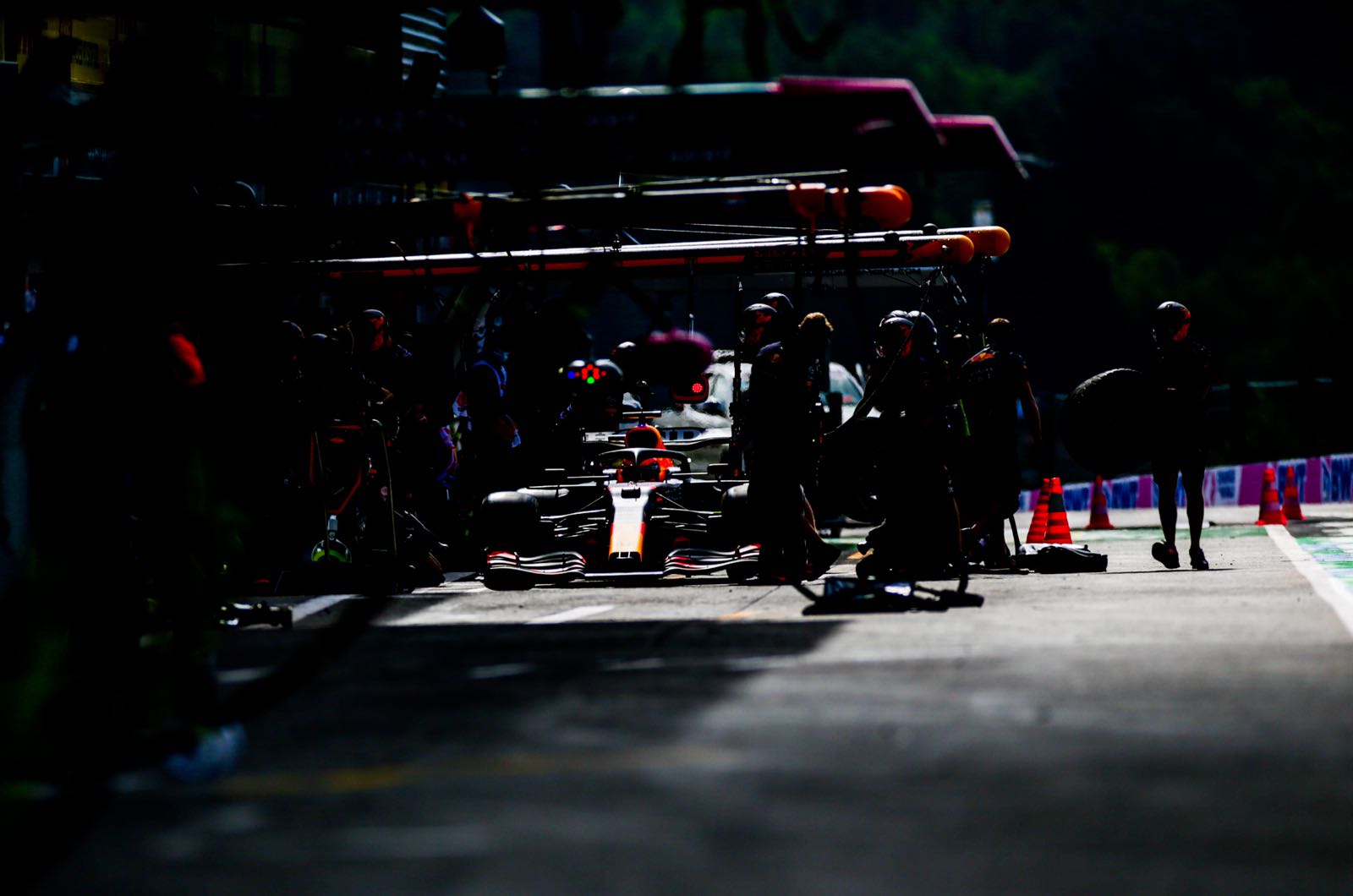 Mercedes and Red Bull split the honors in Friday’s practice sessions for the Belgian Grand Prix, with Valtteri Bottas fastest in FP1 and Max Verstappen in FP2. Verstappen crashed at the end of FP2.

FP1 started with a wet track that dried as the session wore on. Bottas was fastest at 1:45.199.

FP2 started with the track still damp but not enough to warrant the intermediate Pirelli wet tires as the racing line was drying.

Just before the midpoint of FP2 the Mercedes drivers headed out on the soft compound Pirelli tires. Hamilton set a 1:44.898, so he did not improve. Neither did Bottas. Both Merc drivers were running reduced power modes.

Alonso jumped up to fourth ahead of Stroll and Gasly. Verstappen’s run on the softs yielded a 1:44.472 and first place. Hungarian Grand Prix winner had a spin with 20 minutes remaining.

Red flags came out with 17 minutes remaining when Leclerc crashed at Turn 6. Most drivers had been doing their race simulations, and they resumed doing that when the session was restarted with 10 minutes to go. Just about all the drivers immediately headed out.

Then, with three minutes remaining, the session was red flag and not restarted when Verstappen crashed at Turn 7.

The top 10 at the end of FP2 were: Verstappen, Bottas, Hamilton, Alonso, Gasly, Stroll, Ocon, Vettel, Norris and Perez.