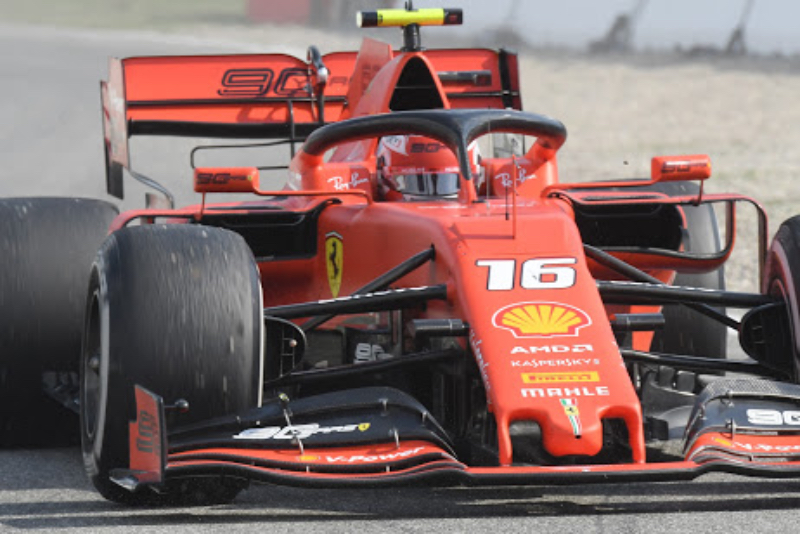 The Ferraris were comfortably faster on Friday, and Leclerc clocked the best time: 1:44.123.

"Despite our good positions in free practice, we do have to stay realistic and expect our rivals to be very competitive Saturday," he said. "Our qualifying pace was strong today, but we still have some work ahead of us in improving it over the long runs. If we are quick on the straights, we will hopefully have some good opportunities for overtaking on Sunday, which is a positive."

Norris and Raikkonen kicked off FP3.

Only 11 drivers did an install lap in the first 10 minutes.

And now more drivers were flying, including Leclerc who clocked a 1:44.879 on Pirelli's soft compound tires. Vettel then beat that with his own 1:44.657.

One-third of the way through FP3 there was still no sign of Verstappen, Stroll, Perez, Bottas and Hamilton. But a few minutes later they got going.

Everybody was on the soft compound Pirellis except for Norris who was on the mediums.

Bottas turned a 1:45.216 on his first flier, which put him third ahead of Hamilton, Perez and Raikkonen as midpoint of the session approached.

The red flags came out with just over 28 minutes remaining.

He had buried the nose of the Mercedes into the tire barriers after losing control of the car at Les Fagnes. He climbed out.

The clock continued to click down, and 13 minutes remained when the track was clear and the session restarted. So now there was a rush for the other drivers to get their qualifying simulations completed.

Leclerc certainly was in a rush as he set a time of 1:44.206, 0.451 of a second faster than Vettel. With eight minutes remaining every driver except Hamilton was on track.

Verstappen jumped up to fourth. Then his former teammate Ricciardo swiped the place away from him.

The top 10 at the end of the crash-shortened session were: Leclerc, Vettel, Bottas, Ricciardo, Verstappen, Perez, Hamilton, Raikkonen, Giovinazzi and Gasly. Albon ended up 20th.

Qualifying began just two hours later, so the Mercedes mechanics had lot of work to do in a short time on Hamilton's crashed car.