Race Analysis - Fight to the finish 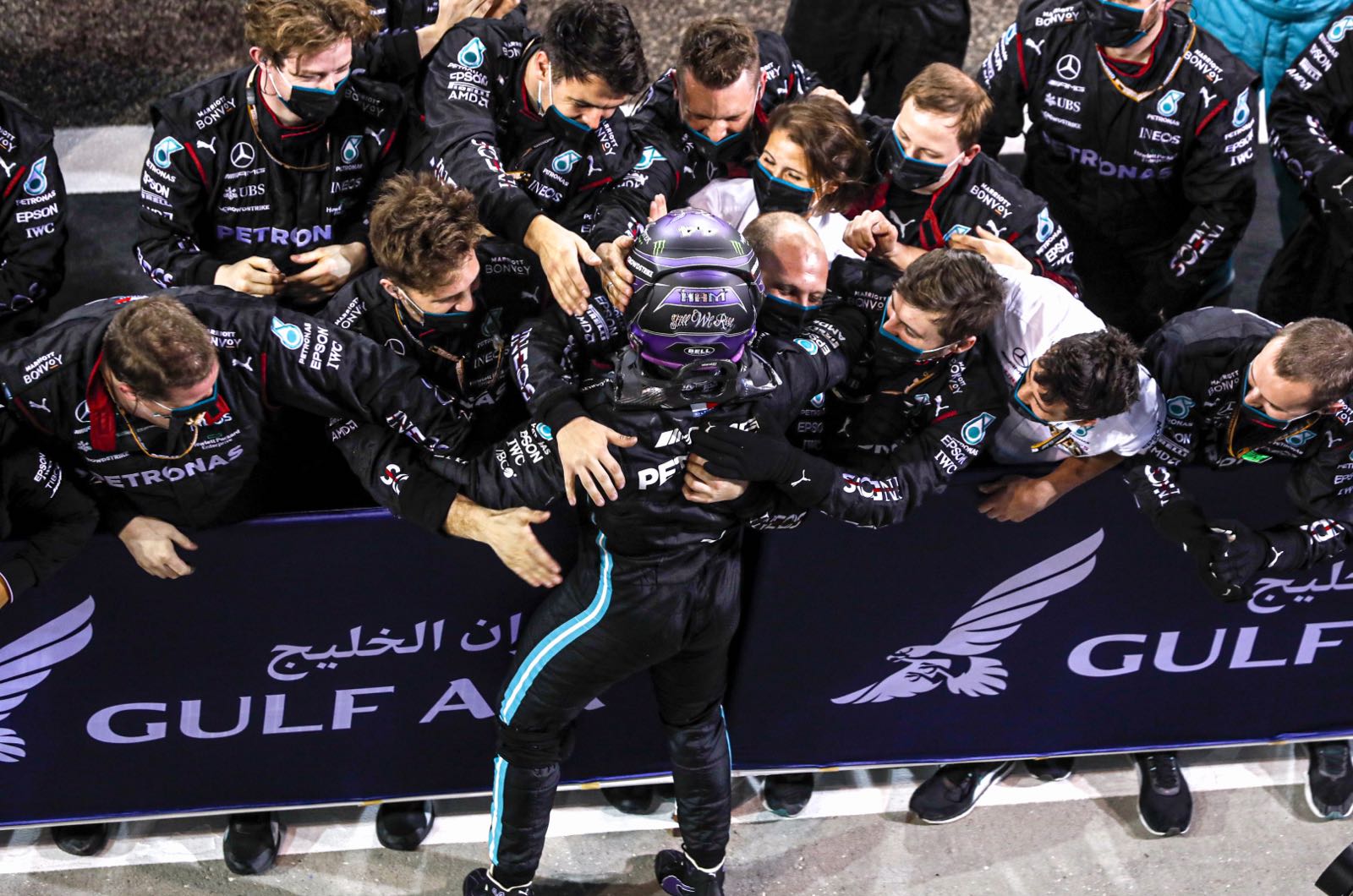 Lewis Hamilton and Max Verstappen had a fight to the finish in the Bahrain Grand Prix that ended with Hamilton winning by less than a second. Here is how the battle unfolded.

Verstappen got the 2021 Formula One season off to a right start when qualified on pole in his Red Bull.

Hamilton lined up second in his Mercedes.

Sergio Perez's Red Bull briefly stalled on the formation lap. He got it going again but had to start the race from the pits.

The other 19 drivers did another formation lap, and the race was shortened by one lap to 56 laps.

Verstappen grabbed the lead ahead of Hamilton, Leclerc, Bottas and Gasly when the red lights went out.

Rookie Nikita Mazepin crashed his Haas on the opening lap.

"I made a mistake," he said. "I was really trying to avoid Mick (Schumacher) as he was close and got too much on power – the tires didn't take it. They were cold, I got on the curb, took too much throttle and spun."

That brought out the safety car until the end of lap 3.

Verstappen kept the lead on the restart.

Debris on the track triggered a brief virtual safety car on lap 4, and Verstappen kept the lead on the restart.

Hamilton, in second place, pitted at the end of lap 15 to switch from the medium compound Pirelli tires to the hard compound. Verstappen stopped two laps later to swap from his mediums for another set of mediums.

So Hamilton took the lead on lap 18. He kept it until he pitted for another set of hards at the end of lap 28.

Verstappen led until he pitted at the end of lap 39 for the hard tires.

Hamilton was in the lead on lap 40 by 7.6 seconds, but his tires were 10 laps older than Verstappen's.

"Definitely by stopping early, we knew it would be difficult, but we had to cover Max and keep the track position in the lead," Hamilton said.

Verstappen closed in, and on lap 50 the gap was down to 1.4 seconds.

Hamilton ran wide in Turn 10 on the next lap, and the gap was now 0.08 of a second. So Verstappen was now in DRS range.

Verstappen overtook Hamilton on lap 53, but he exceeded the track limits in doing so. And so he had to hand first place back to Hamilton.

"As soon as I got close enough to Lewis I had one shot," Verstappen said, "and I just went outside of the track at Turn 4 so I gave the position back, but by then my tires weren't in a good state anymore to put the pressure on.

Verstappen was unable to grab the lead in the final three laps.

"Mercedes did the undercut but we stuck to our strategy which was working fine," he said. "The problem is that with these cars, it's so hard to pass and once you have that track position it's pretty powerful."

"Max was all over me right at the end but I just about managed to hold him off," Hamilton said. "It was one of the hardest races I've had for a while."

Bottas finished a distant third, but he did get a point for clocking the fastest lap of the race.

"We lost a lot of time on the slow pit stop otherwise it was a close race with Red Bull," he said. "The cars were quite close on pace but if you lose 10 seconds like that, racing against Max and Lewis, you are not going to get that back."

"I think this race showed how great the performance of the car is," he said. "I have to say, I'm a bit disappointed still as I lost a few positions on the first lap – due to being too cautious – and had to work throughout the race to recover these."

The last time Hamilton won the opening race of the season was the 2015 Australian Grand Prix.