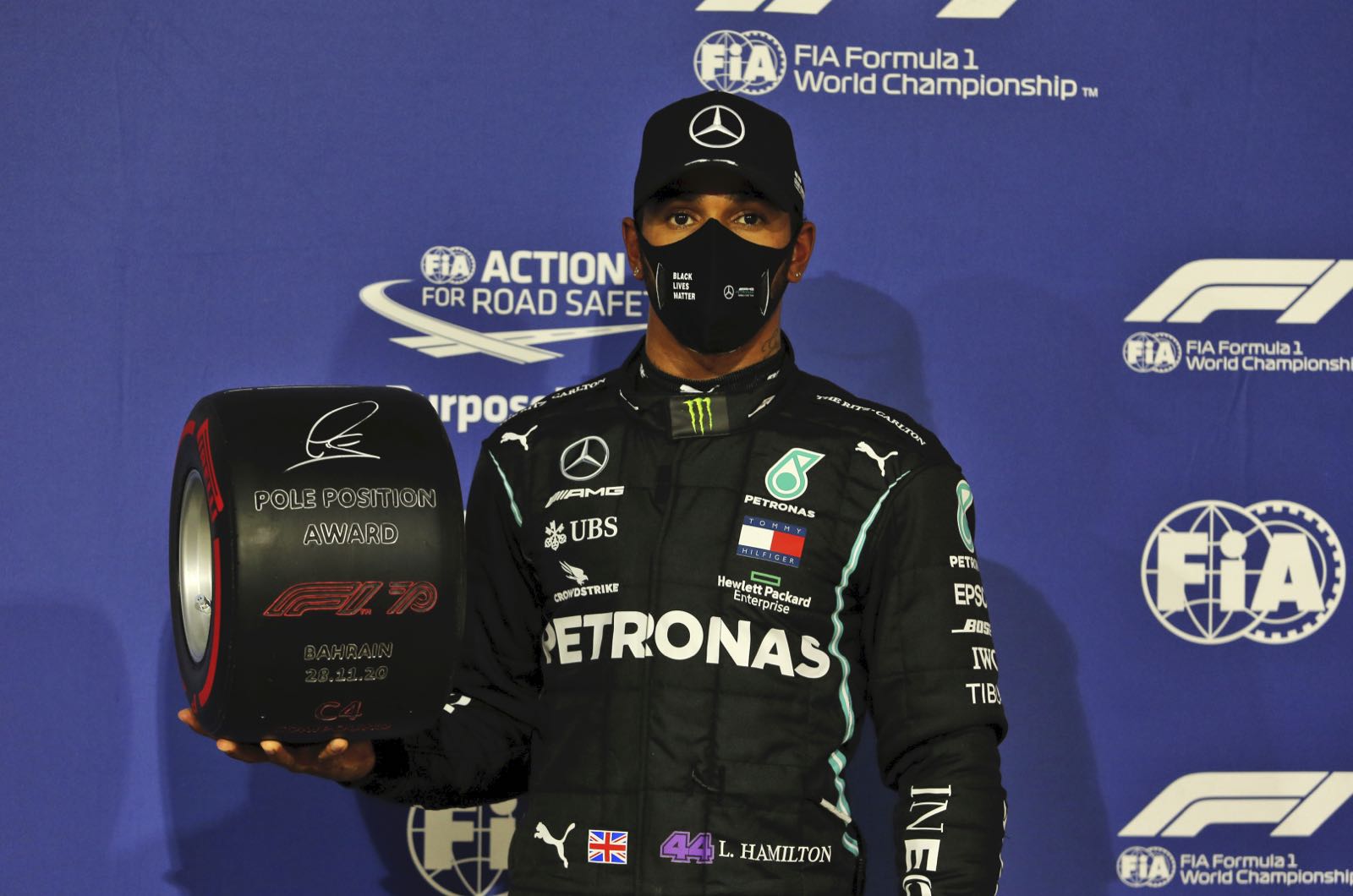 Lewis Hamilton earned his 10th pole of the season, and the 98th of his F1 career. His teammate Valtteri Bottas qualified second to give Mercedes its 11th front row lockout of the season.

Russell was the first out on the track. He had the track to himself but came in before setting a time.

Next out was Verstappen who was alone when he of 1:28.885. And now everybody was on track and the traffic was heavy.

And fastest of all was Hamilton with a 1:28.343. Bottas grabbed second ahead of Verstappen, Gasly, Sainz and Perez.

When there were three minutes remaining in Q1, Leclerc was 15th and on the cutoff line. Stroll was 14th and Russell was 16th.

The five drivers who were eliminated at the end of Q1 were: : Giovinazzi, Raikkonen, Magnussen, Grosjean and Latifi.

Who would try to set their fastest Q2 lap time using Pirelli’s medium compound slicks? Those among the top 10 qualifiers that did would start the race on the more durable tire.

The only drivers to use the soft compound tires were: Gasly, Kvyat and Russell.

Sainz stopped at Turn 1, which brought out the red flags nine minutes into the session. That spoiled the fast laps of many a driver, and nobody had clocked a time.

After a delay to remove the McLaren, the session was restarted. Six minutes remained in Q2 so things were going to get hectic.

Albon, Norris and Russell were on the soft slicks now.

And when the hectic minutes were over the five drivers who were eliminated at the end of Q2 were: Vettel, Leclerc, Stroll, Russell and Sainz.

The fastest 10 drivers who moved on to Q3 were: Hamilton, Verstappen, Bottas, Ricciardo, Albon, Norris, Perez, Ocon, Kvyat and Gasly. All had used the medium tires.

Then Perez, Gasly, Ocon, Albon, Norris, Kvyat and Ricciardo rounded out the top 10 after the first runs.

Hamilton and Bottas were the first out in the final run.

Hamilton improved to a 1:27.264, a new track record, to claim his 10th pole of the season. Bottas qualified second to give Mercedes its 11th front row lockout of the season.

Verstappen, Albon, Perez, Ricciardo, Ocon, Gasly, Norris and Kvyat rounded out the top 10 on the grid.