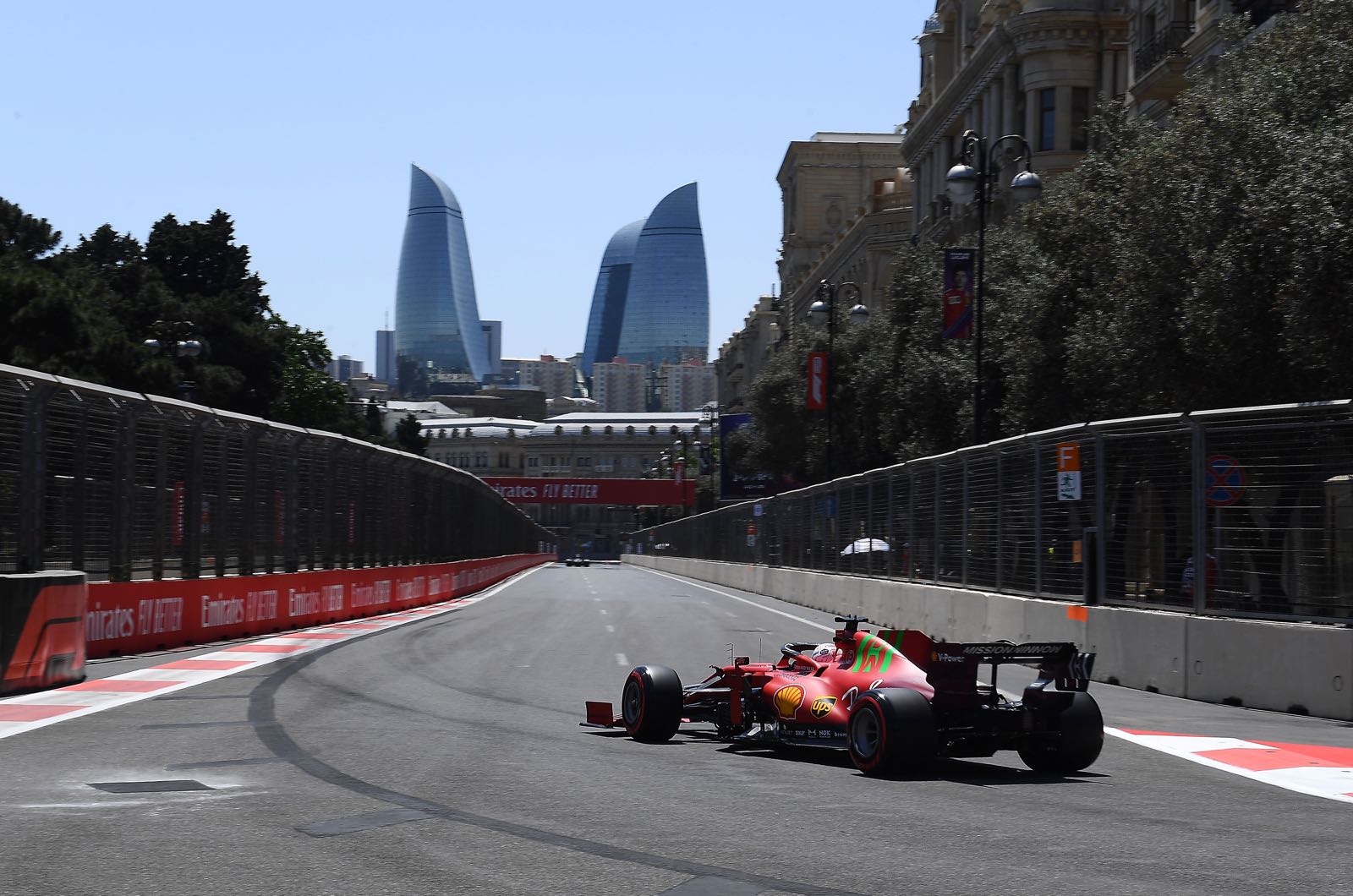 Ferrari driver Charles Leclerc earned his second pole of the season in a qualifying session that was red flagged four times – equaling the red flag record set in Hungary in 2016.

Fastest in FP3 was Gasly with a time of 1:42.261. Verstappen crunched into the barriers at Turn 15 and missed most of the session.

First out on the 19-turn track was Leclerc who led a long queue of cars out of pitlane. Russell was stuck in the garage as the mechanics changed the engine on his Williams.

Stroll hit the wall at Turn 15 and ripped the right front wheel partially off the Aston Martin. That brought out the red flags at the four minute mark. The session was restarted after a 11 minute delay.

Once again there was a rush out of pitlane. Leclerc had set the only time before the red flag – 1:42.532.

The red flags came back out when Giovinazzi hit the wall at Turn 15.

The order was: Verstappen, at 1:41.760, Perez, Sainz, Leclerc, Ocon, Vettel, Alonso, Russell, Schumacher and Mazepin. The other 10 drivers had not managed to set a time.

Nine minutes and 22 seconds remained in Q1, and there was a sense of urgency because 10 drivers needed to clock a time. There was plenty of jockeying for position as the drivers headed back out.

Verstappen, Perez and Sainz remained out front, but there was plenty of changes in the order behind them in the waning moments of Q1. Then, with a minute remaining, Hamilton vaulted into first place.

The five drivers who were eliminated at the end of Q1 were: Latifi, Schumacher, Mazepin, Giovinazzi and Stroll.

The top 10 qualifiers would start the race using the same compound tires they used to clock their fastest lap time in Q2. So some of the quicker drivers could take a safe chance of running the medium compound Pirelli slicks in this session. But nobody took the chance at the start of the 15 minute session and all 15 drivers chose the softs.

Perez turned a 1:41.630, putting him first ahead of Leclerc, Sainz, Verstappen, Norris and Alonso. Then, with eight minutes remaining, Hamilton jumped up to second.

Tenth and on the bubble with five minutes to go was Vettel, and Alonso was ninth while Ocon was 11th.

Red flag three came out with one minute and 29 seconds remaining when Ricciardo hit the wall at Turn 3. The session was not restarted.

The five drivers who were eliminated at the end of Q2 were: Vettel, Ocon, Ricciardo, Raikkonen and Russell.

The fastest 10 drivers who moved on to Q3 were: Verstappen, Perez, Hamilton, Tsunoda, Leclerc, Sainz, Norris, Gasly, Bottas and Alonso.

Bottas was out first ahead of Hamilton. Both would do two warm-up laps.

Leclerc took the lead at 1:41.218, ahead of Verstappen, Sainz, Norris and Perez. But then Hamilton did his fast lap and got second place.

Then, Gasly got a tow from Tsunoda and took fourth.

Bottas led a gaggle of drivers who headed out in the final two minutes. But Leclerc overtook him.

Red flag four came out when Tsunoda and Sainz both crashed at Turn 15. That ruined many driver's final runs.