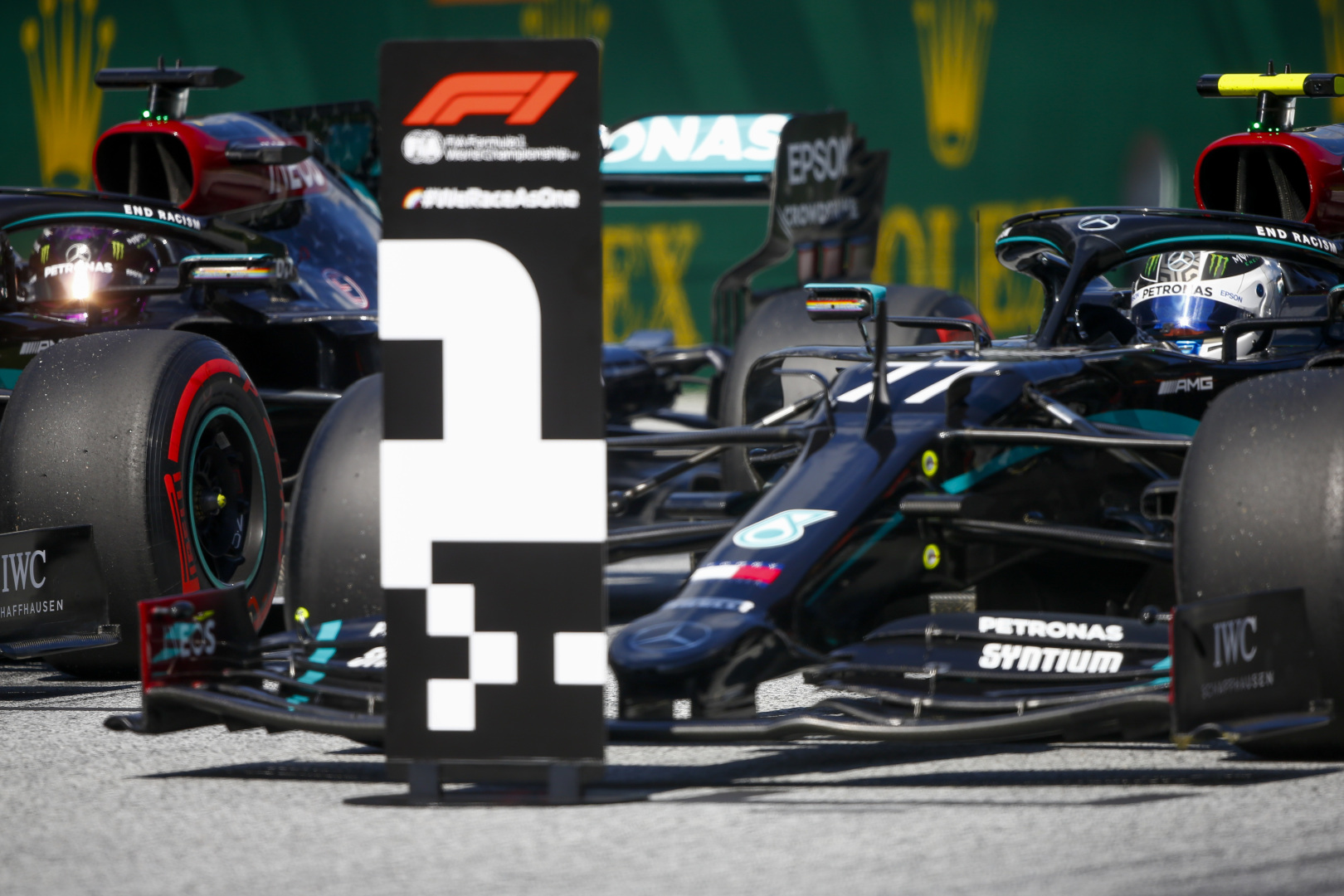 Valtteri Bottas won the Austrian Grand Prix from pole in his Mercedes. The win is his ninth career win.

Lewis Hamilton (5.689s), after finishing second on track, but being handed a five-second penalty for contact with Alex Albon was classified fourth.

Charles Leclerc, in a late race push with new tyres finished in second place in his Ferrari.

Lando Norris took his first podium in his McLaren-Renault in third.

His team mate Carlos Sainz finished in fifth, followed by Sergio Perez in the Racing Point-Mercedes in sixth, Pierre Gasly in the AlphaTauri-Honda was seveth, Estabon Ocon in his F1 return for Renault as eighth, Antonio Giovinazzi in the Alfa Romeo-Ferrari was niinth and Sebastian Vettel in the second Ferrari took the final point in tenth place.

Before the start of the race - the latest start in the year for a Formula 1 seaon opener - at the Austrian Grand Prix, Bottas was on pole, followed by Verstappen, Norris, Albon, and Hamilton - who was penalized for ignoring the yellow flag yesterday.

At the start Albon passed Norris for third place.

On lap 12 Verstappen’s engine cut out, and the Red Bull runs slowly around the track, dropping from secnd to 17th and pits his race over with suspected electrical problems.

Racing Point tells Stroll he is strugging in eighth because of sensor issues.

On lap 18 Ricciardo slows. Vettel passes Stroll for eighth place. Raikkonen gets by his team mate Giovinazzi for 14th.

On lap 26 Ocon goes off track with brake issues, the safety car is out, and the majority of cats pit.

On the restart Vettel attemped to pass Sainz, and the two come together, Vettel spinning - he falls back to 15th place.

Hamilton follows the leader by half a second - Hamilton looking for a better engine setting with the team.

Both Mercedes drivers are told to stay off the kerbs, as both cars have a gearbox sensors that are signaling potential problems.

George Russell pulls off track with a power issue and the safety car is out.

The two Mercedes and Perez stay out, while many over runners pit.

On lap 55 the race restarts, Raikkonen crashes after his right front wheel falls off and the safety car is out again.

On the restart on lap 61 Albon tries to pass Hamiton on the outside and spins into the gravel. Albon falls to the back of the field.

Hamilton in second place is handed a five-second penalty for making contact with Albon - to be added after the race.

On lap 68 Bottas sets fastest lap with a 1m07.657s. Perez is handed a five-second penalty for speeding in the pitlane.

Bottas wins in the Meredes, Hamilton but will add five-seconds, Leclerc finishes in second place, and Lando Norris just finishes ahead of Hamilton to finish third.