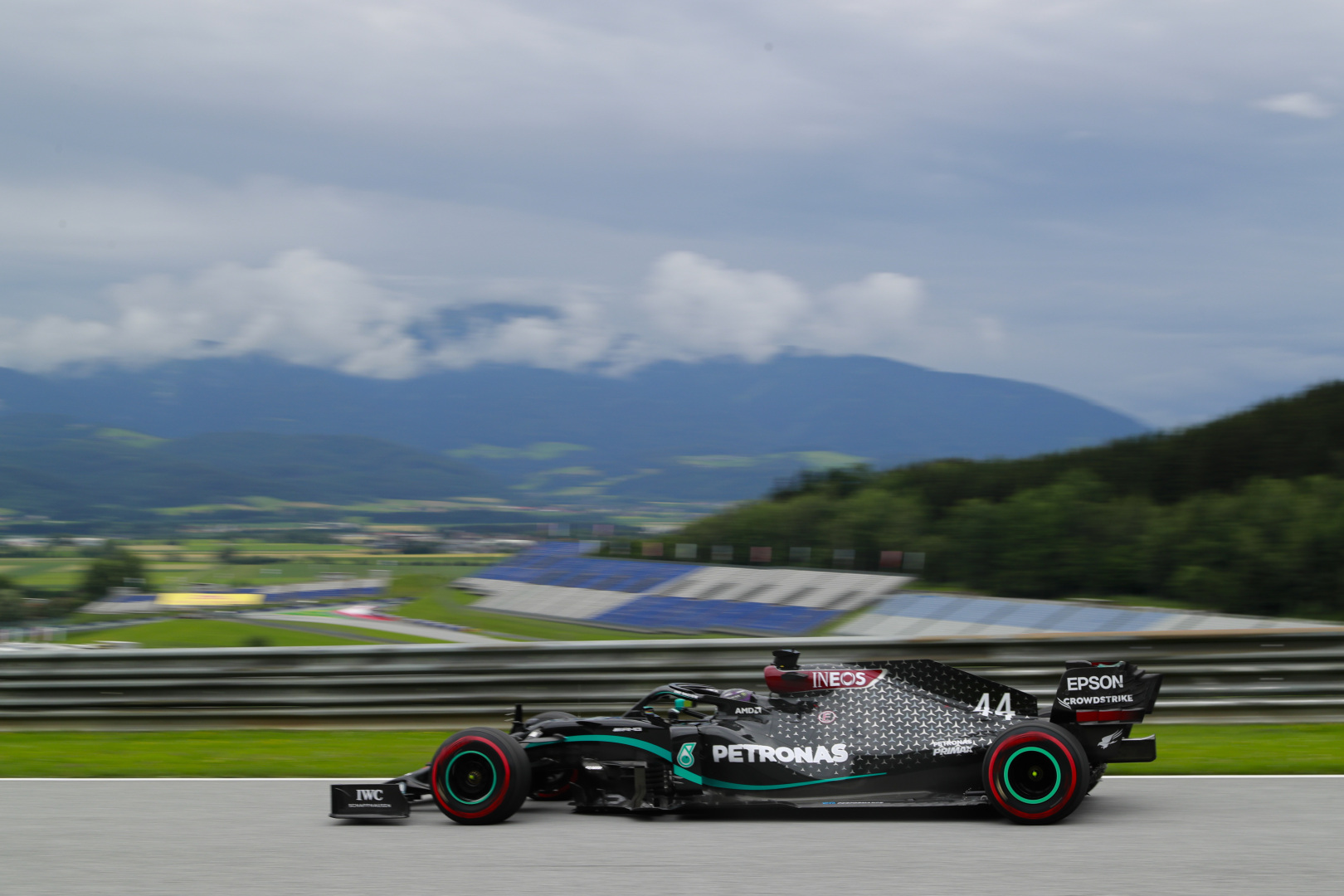 There have been three official practice sessions in the 2020 Formula 1 season, and Lewis Hamilton has been fastest in all of them. Number three was Free Practice 3 for the Austrian Grand Prix.

“We have also been able to continue to improve the car compared to last year, so that's a big positive,” he said after FP2. “The track was a little bit greasy and while the grip will pick up, it feels like the track only improved a very small amount. It was looking good out there today, but you can never take too much from practice. You never know what power and fuel other teams are running. So we will take today's result with a pinch of salt, try and improve the car tonight and come back for the fight tomorrow.”

Only seven drivers ventured out during the first 15 minutes – Norris, Magnussen, Sainz, Kvyat, Grosjean. Ocon and Gasly. And Sainz was the only driver to do flying laps.

The session was red flagged at the 24-minute mark when the rookie Latifi spun and crashed in Turn 1.

After 10 minutes FP3 was restarted. Hamilton, on the medium compound Pirellis, headed the queue of drivers at the end of pitlane.

Other drivers were doing their soft tire runs, and the order was now Hamilton, Bottas, Leclerc, Vettel, Ocon, Ricciardo and Verstappen with 12 minutes remaining. But Verstappen had yet to run the softs, and when he did, he jumped up to third with his 1:04.413.

In the last five minutes a number of drivers headed out on the soft Pirellis, including Perez who jumped from 18th to fourth.

The top 10 at the end of FP3 were: Hamilton, Bottas, Verstappen, Perez, Leclerc, Albon, Vettel, Stroll, Gasly and Norris.