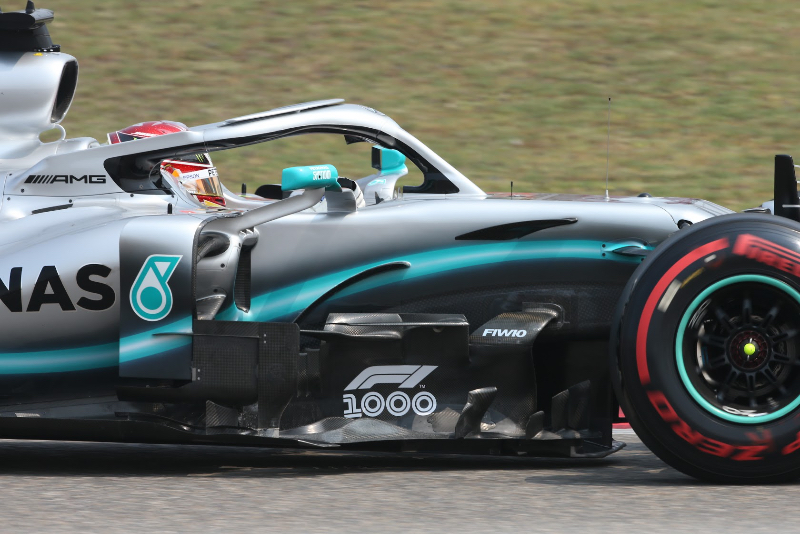 Lewis Hamilton drew first blood in Austria as he posted the fastest lap time in his Mercedes in Free Practice 1. Sebastian Vettel turned the second-best lap in his Ferrari, which was 0.144 of a second slower. However, Hamilton had been on the soft compound Pirelli slicks while Vettel used the medium compound tires.

"Going to Austria feels like racing in nature," Perez said. "You're driving an F1 car through the hills and it's such a beautiful place. I enjoy the Austrian food as well: it's some of the best of the year.

"It's a fun little track because it's quite short with only a few corners and the grid is always really tight. Every tenth really does make a big difference to your qualifying position. Even though it's a short lap, there are some interesting corners. The best section for me is turns nine and ten – the last part of the lap – because they are really quick and you have to be committed. The track drops away too so it's easy to run wide. When you hit the apex just right, it feels very satisfying."

Verstappen was the first out on track.

Missing from action was Bottas who needed an engine change in his car because of an oil leak.

As in France a week earlier, Ferrari was testing new parts and comparing them to the old versions. As a result, Leclerc, who got down to a 1:06.169, and Vettel who sliced 0.009 of a second off of that, were putting in a lot of laps early in the session.

Only seven drivers completed a flying lap in the first 20 minutes. And now Hamilton headed out on the soft compound Pirellis. He moved up to 10th, then fifth.

Verstappen, Vettel, Leclerc, Hamilton, Ricciardo and Sainz were the top six at the half-hour mark.

At the 40-minute break, when each driver must hand back one set of tires to Pirelli, the order had changed considerably and was now: Verstappen, Bottas, Hamilton, Gasly, Norris, Vettel, Leclerc, Ricciardo, Sainz and Hulkenberg.

After a lull of seven minutes, Leclerc headed out to get back to work on the track. And he got up to speed, posting a 1:05.409 on new mediums.

"Did I break something?" a worried Leclerc radioed. All is fine replied the team.

At the one-hour mark the order was now: Bottas, Leclerc, Hamilton, Gasly, Verstappen, Sainz and Ricciardo.

Then Verstappen used the soft slicks to move up to third.

"I don't know what's happening under the brakes, weird feeling with the rears," Bottas radioed after going off at Turn 3.

The session red flagged with four minutes remaining after Hulkenberg went off out of Turn 9, broke his front wing, and left chunks of it on the track.

And so FP1 wound down with the top 10 being: Hamilton, Vettel, Bottas, Leclerc, Verstappen, Gasly, Sainz, Ricciardo, Magnussen and Norris.