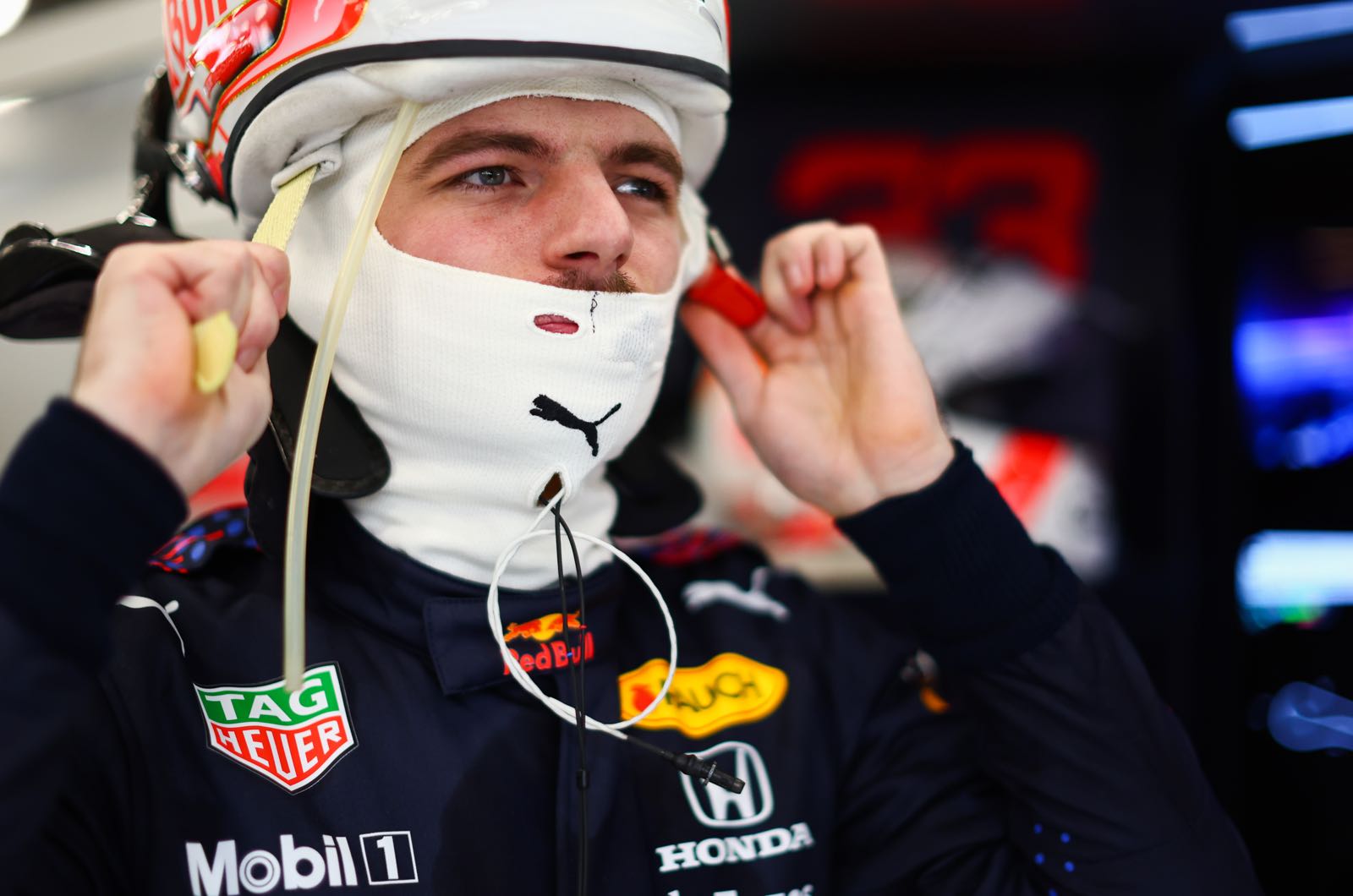 Fastest in FP3 was Hamilton who was two tenths of a second quicker than Verstappen.

Q1 lasted 18 minutes, and Vettel was the first on track.

Hamilton waited a few minutes before going out, and then clocked a 1:23.266 to take the lead ahead of Bottas, Verstappen, Norris and Alonso. Then Perez popped into third.

Verstappen then clocked a 1:23.322 which slotted him into second.

The session was red flagged with six minutes and 25 seconds remaining after a Haas knocked a bollard onto the track.

Giovinazzi was 15th and on the cutoff line. Russell was 14th and Vettel was 16th.

After a brief delay the session was restarted.

Hamilton and Bottas took to the track while Verstappen stayed in the pits. Hamilton improved to a 1:23.845.

The five drivers who were eliminated at the end of Q1 were: Latifi, Russell, Raikkonen, Schumacher and Mazepin.

The sun set as the session started.

First out was Hamilton. Both Mercedes and both Red Bulls were fitted with the mediums.

Bottas took third ahead of Tsunoda, Norris and Perez.

Tenth and on the bubble with five minutes to go was Perez, and Norris was ninth while Ricciardo was 11th.

The five drivers who were eliminated at the end of Q2 were: Alonso, Gasly, Stroll, Giovinazzi and Stroll.

The fastest 10 drivers who moved on to Q3 were: Verstappen, Perez, Hamilton, Sainz, Leclerc, Bottas, Norris, Tsunoda, Ocon and Ricciardo.

Q3 lasted 12 minutes, and first out were Verstappen and Perez.

Perez was third ahead of Bottas, Sainz, Leclerc, Norris, Ocon, Ricciardo and Tsunoda.

And when the noise stopped, the top 10 were Verstappen, Hamilton, Norris, Perez, Sainz, Bottas, Leclerc, Tsunoda, Ocon and Riccardo.